The newsletter that I most look forward to these days is Bob Prechter’s…his views are unique, insightful, and I’m really starting to believe he’s one of the only guys with a clue right now!
It’s important to mention that while Prechter is extremely bearish now, he’s by no means a perma-bear. I tend to discount folks who are perenially bearish – because even a broken clock is right twice a day! I want to follow the “gurus” who get the bullish and bearish angles right, at the right time.
I just got done reading Prechter’s Elliott Wave Principle book, which I’ll be doing a review on soon in this space. It’s a great read – written in the late 70’s, Prechter used it to outline his case for a massive bull market to come.
With the DOW floundering below 1000, and many financial types speculating that the US economy was in a state of permantent plateau/decline, Prechter put an aggressive 3000 price target on the DOW in what he predicted would be “the mother of all bull markets.” Of course the bull ran much higher and longer than even Prechter envisioned, but as far as I can find, he made the most aggressive, correct call, during that time period. (Other examples are greatly appreciated!)
With that, here’s a free excerpt from Prechter’s latest newsletter – with an opportunity from EWI to get your hands on the entire piece. Enjoy!
***

The Bounce Is Aging, But The Depression Is Young 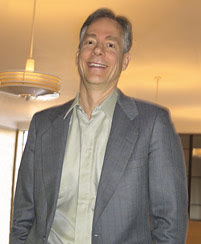 On February 23, EWT called for the S&P to bottom in the 600s and then begin a sharp rally, the biggest since the 2007 high. The S&P bottomed at 667 on March 6. Then the stock market and commodities went almost straight up for three months as the dollar fell.

On March 18, Treasury bonds had their biggest up day ever, thanks to the Fed’s initiating its T-bond buying program. The next day, EWT reiterated our bearish stance on Treasury bonds. T-bond futures declined relentlessly from the previous day’s high at 130-15 to a low of 111-21 on June 11.

That’s when there were indications of impending trend changes. The June 11 issue called for interim tops in stocks, metals and oil and a temporary bottom in the dollar. The Dow topped that day and fell nearly 800 points; silver reversed and fell from $16 to $12.45; gold slid about $90; and oil, which had just doubled, reversed and fell from $73.38 to $58.32. The dollar simultaneously rallied and traced out a triangle for wave 4. Bonds bounced as well. As far as I can tell, our scenarios at all degrees are all on track.

Corrective patterns can be complex, so we should hesitate to be too specific about the shape this bear market rally will take. But from lows on July 8 (intraday) and 10 (close), the stock market may have begun the second phase of advance that will fulfill our ideal scenario for a three-wave (up-down-up) rally. In concert with rising stocks, bonds have started another declining wave, and the dollar appears to have turned down in wave 5 (see chart in the June issue), heading toward its final low. Although commodities should bounce, their wave patterns suggest that many key commodities will fail to make new highs this year in this second and final phase of partial recovery in the overall financial markets.

Meanwhile, our forecast for a change in people’s attitudes to a less pessimistic outlook is proceeding apace. Here are some of the reports evidencing this change:

More than 90 percent of economists predict the recession will end this year. [The] vast majority pick 3rd quarter as the time. (AP, 5/27)

Manufacturing and housing reports this week may offer signs that the recession-stricken U.S. economy is within months of hitting bottom, economists said. (USA, 6/15)

Fewer people say they’ve prospered over the past year than in decades, a USA TODAY/Gallup Poll finds. Over the past two months, however, expectations for the future have brightened significantly amid rising optimism about a stock market rebound and economic turnaround. “I think the administration is going in the right direction,” says… Now 36% of those surveyed in the Gallup-Healthways well-being poll say the economy is getting better. That’s not exactly head-over-heels exuberance, but it is double the number who felt that way at the beginning of the year and a notable spike in the nation’s frame of mind. Thirty-three percent say they’re satisfied with the way things are going in the United States; in January, just 13% did. (USA, 6/23/09)

If only to confirm the socionomic causality at work, an economist quoted in the article above muses, “The one anomaly in the puzzle is that people shouldn’t be feeling better because the jobs market is so terrible and unemployment is likely to keep rising.” Of course it would be an anomaly, and people should not feel better, if mood were exogenously caused. But it is endogenously regulated, and it precedes social actions, which produce events such as job creation and elimination. That people feel better is evident in our rising sociometer, the stock market. If the rally continues, economists will soon agree that the Fed’s “quantitative easing” and Congress’ massive spending are “working.” Those predicting more inflation and hyperinflation will have the last seeming confirmation of their opinions. Then, a few months from now, some economists will probably express similar puzzlement when the stock market starts plummeting again despite the fact that the economy has improved.

But all of these considerations are temporary. Conditions are relative, and behind the scenes, the depression has been, and still is, grinding away.

For more information, download the FREE 10-page issue of Bob Prechter’s recent Elliott Wave Theorist. It challenges current recovery hype with hard facts, independent analysis, and insightful charts. You’ll find out why the worst is NOT over and what you can do to safeguard your financial future.