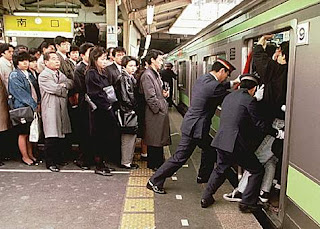 As the Federal Reserve continues to print money, the “hyperinflation trade” seems to be a crowded one.

The premise seems sound and reasonable – whenever a government prints money and devalues its own currency, rising prices follow. A deflationary environment cannot hold for a sustained period of time, because the government will print money, or drop dollars from helicopters, or do whatever it needs to do to create price inflation.
But is it really that simple?
If so, then gold is playing one hell of a rope-a-dope on all of us. Why has gold not been able to crank past the $1,000 mark decisively if inflation, and perhaps hyperinflation, are in the cards? After all, the market is supposed to be a forward looking mechanism!
Perhaps gold is merely climbing the “wall of worry” on the way to the final mania stage… doing a fine job at shaking out the weak hands and non-believers before ultimately skyrocketing to $1500…$2000…or higher.
Gold has risen each of the last eight years versus the dollar, and appears poised to extend that streak again this year, so maybe I’m being overly harsh.
However thus far, plays on hyperinflation have mostly disappointed. Sure, gold has rallied off it’s lows, but so have the broader markets, in what appears to be a textbook bear market rally.
Recently I’ve started wondering if there’s something fundamentally wrong with the hyperinflation hypothesis. A few weeks ago, I mused that the “buy gold” trade seemed a little overdone, at least in the short term…punctuated by Northwest Mutual’s purchase of gold for the 1st time in the company’s 152 year history.
When insurance companies are rolling up to the party, you can bet the cops are also on the way and ready to shut the joint down!
So please indulge me for a moment, and let’s ponder “what if” Helicopter Ben can’t print dollars fast enough.
Here’s what could gum up the efforts of the money printers says Robert Prechter in the June 2009 edition of The Elliott Wave Theorist:
“You can’t beat deflation in a credit based system.”
Prechter says that growth in money supply requires activity on the part of lenders and borrowers. And once a credit bubble implodes, there is no way to restart the engine.
Japan’s recent deflationary recession is a classic example of this – despite unprecedented efforts by the Japanese government to devalue the Yen and generate inflation, they weren’t able to do either!
No amount of public works projects, increases in federal spending, and monetization of debt has yet been able to snap Japan out of its deflationary nightmare. When its credit bubble popped in 1989, it stayed popped for good.
Was Japan an anomaly? With the US employing the same “hair of the dog” tactics, we’re going to find out soon!
If we had a cash based economy, then printing money would indeed cause price inflation, Prechter says. But in a credit based economy, credit is being destroyed at a much faster rate than the Fed can print.
(Roughly $14 trillion in credit down the drains so far, versus $2 trillion in deficit spending and monetization…so quite a large gap).
Eventually, enough credit is destroyed that the Fed will be able to affect the money supply. So, ironically, we could see hyperinflation at the end of this all…of whatever little money is remaining!
As engaging as this intellectual exercise is, at the end of the day we need to figure out where to put our money! There is no safe haven, after all – even if you’ve got your money in cash, you’re “long cash”…and “long” the currency you’re stocking it in!
So what are we to do?
Well, I think we’ve got to watch the charts, and listen to what the market is telling us. This is a time to protect our capital, not to reach for extra yield. If an asset class is getting taken to the cleaners…get out! That was the biggest mistake I made during the Great Deleveraging of 2008…that was the time to follow your stops, go to the beach, and catch a little R&R while the world fell apart.
That said – if we see gold smoke past $1050, $1100, etc – we probably want to be in gold. We’ll take that as a cue that our musings about credit based systems, while fun, were perhaps wrong!
For now, I think cash is not a bad place to be. With gold not yet able to break through, and the hyperinflation trade getting more crowded by the day, another burst of deflation could catch most folks with their pants down.
Remember, in a deflationary environment, cash is king…so don’t worry about yield. Cash gains purchasing power as prices deflate around it…so if you’re able to preserve your capital in nominal terms, we could do quite well in real terms!
Quick Reader Survey – Please Share Your Thoughs!
I tossed together a quick 3-question reader survey, and I’d appreciate it if you could take a minute or two to share your thoughts and suggestions with me using the survey link here.
It’s always great to connect with you, and your feedback and input help me figure out where to focus my energies…namely on stuff you like, and stuff you’d like to see more of.
The Week’s 5 Most Popular Posts…
Positions Update
We bought the sugar breakout this week…I don’t know how much legs this rally could have – and honestly, I don’t care – it’s a 3-year high for sugar, so we gotta buy this breakout!
OK, if you want a fundamental reason – we’ve got a global deficit this year – and these can always be fun on the upside!