Doug Casey: How You Can Survive the Upcoming Financial Apocalypse

Here’s an excerpt from the latest issue of Conversations with Casey – an absolutely must read that Doug Casey and his team publish every Wednesday. If you’re not yet a subscriber, I’d highly recommend it – it’s a free pub, so you can’t beat the price, and Doug definitely doesn’t pull any punches!
*** 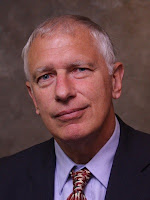 L: Doug, last time we spoke, you said quite a bit about debt, in the context of your expectation that the euro is on its way out. At the end of that conversation, you mentioned, of course, that the problem is not limited to Greece, nor the eurozone. America as a country has become a world-class debtor, and many Americans seem to think a maxed-out credit card is a reason to get a higher credit limit, not to economize. It’s like a global epidemic. Let’s talk about debt.

Doug: Sure. This is a story that’s going to end very badly for a lot of people. I’ve said this before, in many different ways, but I think it’s worth saying again, because most people just don’t grok it…

L: Grok. From the Martian word for “drink” and “understand.” In Heinlein’s novels, water was a critical element of Martian culture – makes sense, for a desert planet. When you grok knowledge, as when you drink water, you don’t just hold it in your mouth and spit it out. You take it into yourself, it goes into your blood, and eventually into every cell in your body; it becomes part of you. This is heavy-duty understanding… Sorry for jumping in with the spontaneous lecture. I just suspect many readers will not know the term.

Doug: Or put another way, in the negative case, most people just don’t get what money really is – and what it isn’t. They take it as a given, as part of the cosmic firmament. But it’s not. A prime example of this is the mistaking of debt for money, a phenomenon David Galland pointed out in a Casey’s Daily Dispatch a few weeks ago. This is why the entire world’s monetary system today is headed for a disastrous failure. And this is absolutely inevitable. There’s no way around it.

Doug: Because you can’t use debt as money. As I’ve pointed out before, Aristotle, in the fourth century BC, was the first person to define what money is. And what is it? It’s a store of value and a medium of exchange.

The paper we use today is a medium of exchange – it got that way because governments made it illegal not to accept it – but it’s not a good store of value. And it’s rapidly and radically becoming less of a store of value. What we use as money today is actually not money; it’s currency. Technically, that’s simply a word that indicates a government substitute for money.

What does make for good money? Again, Aristotle gives us the answer. It’s something that has five characteristics: it’s durable and divisible, consistent and convenient, and has value in itself.

L: Some of our readers who’ve studied Austrian economics challenged us on that last bit, last time we talked about gold, because, as the Austrians pointed out, value is subjective. But you don’t mean some sort of value that’s independent of people making value judgments. You mean that people value something that makes for good money, because of its innate qualities – not something “valued” because of government threats of force.

Doug: Right. And for these reasons, gold is almost certainly the best thing to use for money. Not because I say so, nor because Aristotle said so, but because, over time, people have found it to be the most durable, divisible, consistent, convenient, and inherently valuable thing to use. Silver is also good, but it’s less durable because it corrodes. And less convenient, in that it takes about 60 times more of it – at the moment – to offer the same value as gold. Copper is the next traditional step down the ladder.

L: That, plus one reason that’s pertinent today but was not a problem in Aristotle’s world: gold can’t just be printed up on the arbitrary whims of those in power.

Doug: That’s the big one. Using metals as money takes the whole matter out of the hands of the government and its bureaucrats.

L: But we don’t use gold today…

Doug: No, as per David’s example, it’s as though a bunch of friends without any real money started exchanging IOUs for money, and then after a while forgot that the IOUs were supposed to represent, and be redeemed in, real money.

The problem with this is that, in the case of the IOUs between friends, paper is based solely on hope and trust. One can move away, or die, or turn dishonest, or become insolvent – many other things could happen. A guy stuck with a dead man’s IOU has nothing.

With government IOUs, or currencies, it’s worse, because they can increase the number of IOUs in circulation without telling anyone – that’s what inflation is. Since the government creates the IOUs, it gets the benefit of spending them before the inflation they create raises prices, which is basically stealing from the people. And, of course, sometimes governments do “die,” leaving the holders stuck with nothing, just as with the IOUs between friends. In fact, it’s arguably far more likely that such problems will arise from trusting a government to print IOUs than from trusting a friend.

[To read the full 8-page interview with Doug Casey and what he thinks will happen to the American middle class, sign up here.]