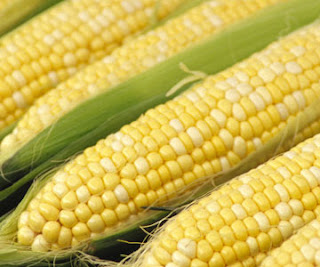 The LA Times reports that corn supplies are tightening, with supply/demand projected to be “upside down” this year:

This year’s harvest is expected to yield 11.9 billion bushels, down 155 million from last month’s projection. The decline is due to soggy weather in such corn-producing states as Illinois, where farmers have delayed planting.

Total use of the corn crop is projected to be 12.5 billion bushels, which would outstrip this year’s supply by 525 million bushels.

That means the corn surplus would be drawn down heavily, according to the USDA report, leaving about 1.1 billion bushels at the end of the year. That’s 510 million bushels fewer than USDA analysts had expected.

Also, supplies are very low for…drumroll…soybeans! Lowest supply levels since 1983 according to the article…when demand was only half of what it is today, to boot.
Thanks to my friend Jonathan of Lederer Private Wealth Management for passing this piece along.