Beans Heading For The Teens (Again)? Supplies are Tight…Very Tight 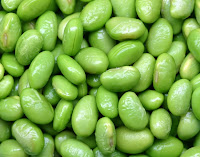 Global supplies of soybeans may be yet tighter than estimated by the USDA, according to a recent report by Hard Assets Investor:

Recent estimates of U.S. old-crop soybeans – those still around in silos as of August 31, 2009 before the new harvest starts – depend on who you talk to. The USDA puts old-crop carryout at 130 million bushels, but other estimates on AgricultureOnline say that number could be as low as 60 million to 80 million bushels.

“An extraordinarily tight number by historical (or any) standards,” says Vic Lespinasse, CBOT market analyst and floor trader with GrainAnalyst.com.

Why the big difference? Hard to say, but the USDA relies on reported data and the analysts the media talk to tend to be the frontline traders, so their estimates may be a bit more accurate.
Either way, supplies are tight – 130 million bushels is about one week’s global supply.

Read the full article at Hard Assets Investor…
They make a very compelling case – I wasn’t aware that supplies were this tight, and to be perfectly honest, I was just “buying the chart.”
Beans look posed to continue their rally, with tight supplies and very strong demand from China. What could go wrong? A rally in the dollar, or a faltering of the Chinese economy, could put a damper on beans, at least in the near term. I’m still holding myself, looking to add another long contract on further strength.
Beans in the teens once again? Could be just around the corner.