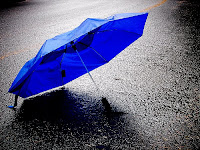 Sometimes when it rains, it freaking pours.

Surprise, surprise – Social Security and Medicare are in worse shape than previously believed.  Bruce Bartlett writes for Forbes that an 81% tax increase will be required to properly fund these social safety net programs in the not so distant future.
The rub is that all of the money that has been paid into these programs – money that was supposed to be socked away – has been spent by our fearless leaders.  So when these programs turn “cash flow negative” – which was previously estimated at 2017, but appears to be approaching much sooner – the Federal government will be in a heap of trouble.
How will the government get itself out of this mess?  Actually, it probably won’t.  But you can count on some combination of the following actions: