Are you looking for the 1 perfect buy for big upside and huge (I’m talking 9.5% here) dividends?

Near the end of this article, I’ll show you 1 fund that will let you nail down both. This opportunity comes from a shift in the market that’s been so quiet, almost no one has picked up on it—except for one group.

It’s really just shorthand for active managers, like those at the big hedge funds, investment banks and other massive institutions, who make billion-dollar bets based on massive troves of information and experience.

Funny thing is, the so-called “smart money” has had a lot of egg on its face in the last decade for one reason: it hasn’t been winning. 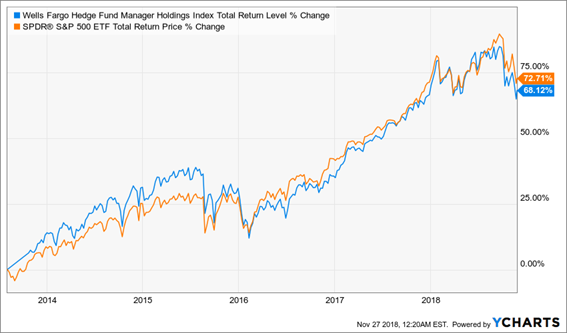 But since the start of 2018, the index has been slightly outperforming the S&P 500—and it has spent most of the year far ahead:

… But the Tables Have Turned 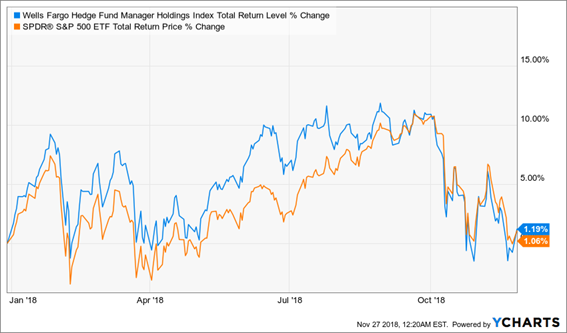 There’s a simple explanation—and understanding it is crucial if you want to protect and grow your nest egg in this jittery market.

A Critical Shift No One Is Talking About

Many hedge-fund managers use a value-investing approach, and that strategy has been a loser in the last decade. Just compare the Vanguard Value ETF (VTV) with the Vanguard Growth ETF (VUG): 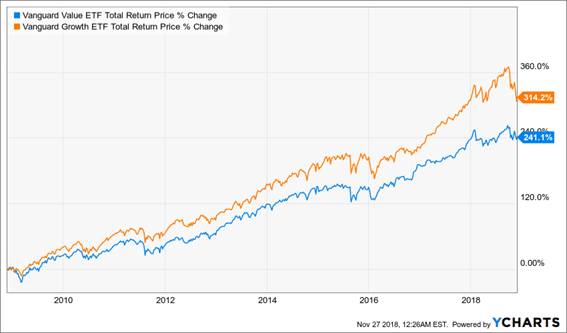 But that trend has also changed over the last year, with value now coming out on top: 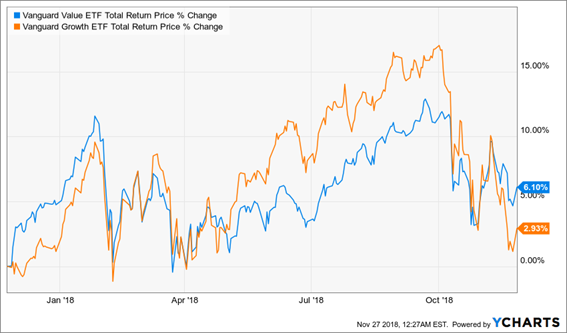 This is nothing new. Active managers were derided in the 2000s for underperforming both the S&P 500 and the housing market. Some analysts were telling multimillionaires to buy more rental properties instead of investing in actively managed funds.

Of course, that was a terrible mistake, and the families who listened were suddenly no longer multimillionaires in 2009.

“The Worst Belief You Could Have in Investing”

Why would people make such a mistake? It has to do with something called “recency bias”—and it’s the main reason why a contrarian approach pays off.

Recency bias is a tendency to believe that what happened recently tends to be the norm. Of course, this is the worst belief you could have in investing. Never in the history of the United States have two successive recessions happened for the same reason. Those who avoided tech in 2001 missed out on massive gains in the next few years; those who avoided housing in 2009? Same thing.

When it comes to recency bias, then, your typical investor is at a big disadvantage. Throughout 2017, I received few emails from investors worried about a market decline. This one chart explains why:

What a Great Year! 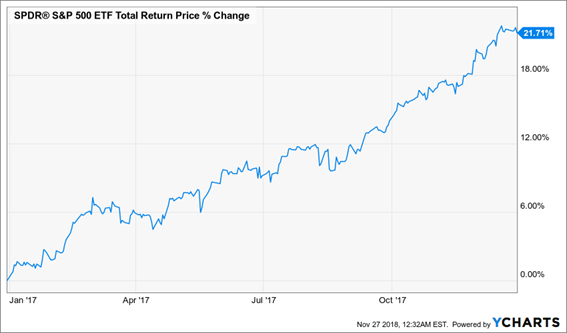 With everyone’s portfolios going up, no one was worrying about stocks taking a hit—which is why the February mini-correction horrified so many investors. And the panic has risen again with the volatility we’ve seen since the start of October. 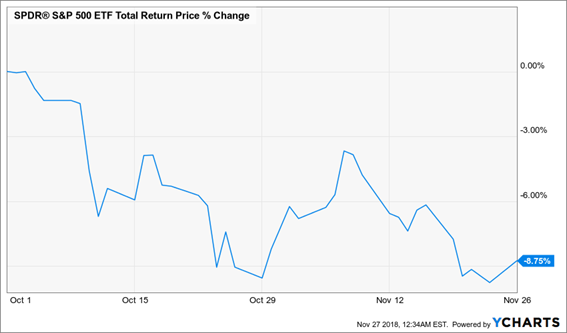 I ran a subscribers-only webinar for members of my CEF Insider service at the end of October to explain why now is the time to be buying, rather than selling: with GDP growth up, unemployment low, the pace of interest-rate hikes likely to slow and corporate profits still hitting records, there’s no fundamental reason to panic.

And get this: even after recent losses, the market has still soared since the start of 2017: 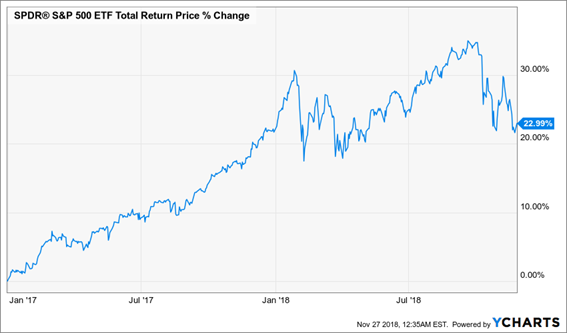 I don’t know about you, but I want to live in a world where 12% annualized returns are disappointing, let alone something to panic about!

A Strong Contrarian Buy for 9.5% Dividends and Upside

With that in mind, your next step will be to do exactly what these savvy folks are doing: buy great investments from the “dumb money” for a song, as they sell in a panic.

That’s easy to do with CEFs. For instance, look at the PCM Fund (PCM), a PIMCO-managed bond and bond-derivative fund that yields a shocking 9.5%. While this fund’s underlying portfolio (called its net asset value, or NAV) has posted a 5.1% total return since the start of the year (far ahead of the S&P 500’s 1%), its market price has fallen 6%! 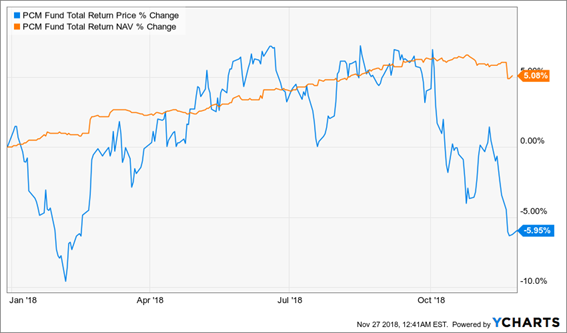 Despite the fund’s underlying portfolio beating the market, the dumb money is selling this thing off like it’s a big loser. It’s not.

And since housing is a main focus of PCM, through mortgage-backed securities, it’s easy to understand why investors are making this mistake: one recency bias error on top of another. They’re overselling due to the recent market crash, which they think will continue, since it’s the most recent trend. Plus, they’re overselling because they think the next panic will be the same as the last one, although that’s never how corrections work.

My CEF Insider service—the same one I mentioned earlier—boasts a portfolio that’s a rich hunting ground for income, double-digit upside … or both!

Right now, I’ve got no fewer than 17 red-hot buys ready and waiting for you to snap up as we head into 2019.

Dividends are at the beating heart of this 17-fund portfolio: as I write, it’s throwing off an average payout of 8.2%. And that’s just the average! One of these off-the-radar CEFs pays an astonishing 12.9%.

That’s enough to hand you $12,900 next year in CASH—enough to (likely) beat the market on dividends alone!

So why isn’t everyone investing in this breakthrough 12.9%-yielder?

Because most of its dividend comes in the form of a yearly special payout that rolls out like clockwork. Trouble is, most folks only see its “regular” payout in their stock screener of choice … and sleepwalk right by:

And when I say that this fund’s yearly special dividend rolls out like clockwork, I mean it. Check out this amazing dividend history:

Your Next Yearly “Bonus Check” Awaits

I’ll GIVE you the name of this cash machine and the 16 other cash-rich buys in my CEF Insider portfolio when you take a zero-risk “test drive” now.

That’s not all … you’ll also get an exclusive Special Report that reveals my 5 best CEF buys for 8%+ dividends and 20%+ price upside in 2019. This exclusive report is must-reading if you want to protect and grow your nest egg (and income stream) in the critical year ahead.

It’s yours free, too.

Don’t miss out. Click here to get instant access to the 17 high-yield CEF buys (including that 12.9% yielder I just told you about) in my CEF Insider portfolio, your own copy of my new Special Report and more!