No one likes digging through pages of regulatory filings, but they can often yield valuable information.

For example, institutional investors with at least $100 million of assets must file a 13F form with the Securities and Exchange Commission once a quarter. Think of this as a quarterly scorecard or a window into the holdings of some of the most successful and often secretive investors in the market.

Should you follow suit and piggy-back some of these trades? Well, it’s certainly cheaper than the $1 million minimum buy-in it often takes to invest with the most successful hedge funds, if you’re even invited.

However, there are two important caveats with 13F’s: First, the data can be stale. Holdings at the end of the third quarter aren’t often reported until mid-November, which is an eternity in some investing circles. In addition, a lot of these investors keep their cards close to the vest, so you can’t be entirely sure the purchase is a vote of confidence in the dividend.

The following two stocks have been gleaned from the pages of recent 13F filings and offer readers the opportunity to invest alongside some of the most successful managers on Wall Street. 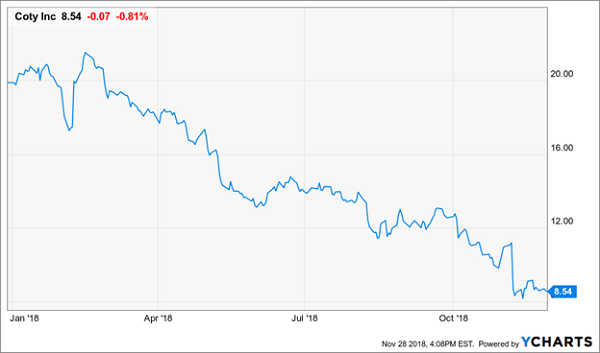 Coty (COTY) sells fragrances, cosmetics and other skincare products, under brands like CoverGirl, Max Factor and Philosophy. The company is yielding 5.8% these days; but unfortunately for investors, that’s primarily because the stock has lost 55% of its value in 2018 and now resides in the single-digits.

However, according to the recent 13F filings, George Soros’ Soros Fund Management is one investor that sees value in Coty, reporting a stake of 850,000 shares at the end of the third quarter.

November has been a volatile month for the company, including the departure of chief executive Camillo Pane on Nov. 12. While “family reasons” were cited as Pane’s cause for leaving, a few days earlier Coty had reported quarterly results that were impacted by supply chain disruptions. Pierre Laubies was announced as the company’s new CEO, coming from the food side of the consumer industry.

On this site, we’re often looking for contrarian indicators and there’s nothing more contrarian than when a stock moves higher, after a CEO announces their unexpected departure—as was the case with Coty.

The company earns enough to cover the quarterly dividend of $0.125 a share, but there’s no guarantee the new CEO will keep the current payout, as Coty has a lofty 93% debt-equity ratio. In the press release, it was noted how Laubies reduced the debt burden at his previous company.

In addition to the recent Soros purchase, it’s worth noting that several insiders have stepped in to buy Coty shares on the open market, since the CEO change. This includes the company’s largest shareholder, Netherlands-based JAB Cosmetics, which owns about 40% of the total shares outstanding. Despite its supply chain troubles, the company also noted strong Luxury and Professional Beauty demand in the September quarter.

Top Investment Manager Stock No. 2: Simplifying the Business and Rebuilding the Dividend 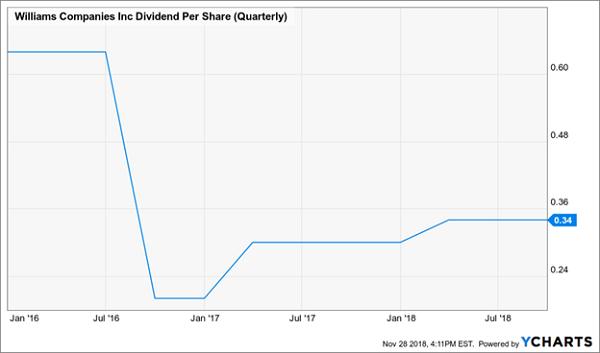 Williams (WMB) is a leading natural gas pipeline operator, with a network of more than 33,000 miles, handling about 30% of U.S. volume. Despite a 2016 dividend cut, the company yields 5.4%. In fact, management has since boosted the payout twice and simplified its structure by consolidating operations into a single C-corp, in an attempt to regain favor with investors.

Williams was recently listed as a new holding of David Tepper’s Appaloosa Management, with a stake of 1.04 million shares at the end of the third quarter.

Energy stocks have fallen in the second half of the year, along with the underlying price of oil. The company is no exception, down 19% from its August highs, even though 97% of its expected gross margin for 2019 is fee-based.

Back in October, Williams posted results that exceeded the consensus analyst earnings estimate. Management also boosted full-year guidance, given stronger gathering and processing demand, which is a big part of the company’s long-term target for 5% to 7% compound annual adjusted EBITDA growth. In addition to simplifying the business structure by acquiring its master limited partnership, management is also reducing debt by selling non-core assets.

Following George Soros or your other favorite investors into new stocks is a popular strategy. But buyer beware— the reliability of the dividend yield may be secondary to these top managers. They are often placing bets in the midst of a diversified portfolio and willing to wait several quarters, if not years to see a positive return.

Besides, when you’re nearing retirement or already retired, all you really care about is generating consistent income and protecting your hard-earned nest egg, whether the broader market is up 10% one year or down 10% the next.

Thanks to his work, you no longer have to settle for low bond yields, 5% dividends that are funded with debt and payouts that have been cut in the recent past.