The bond vigilantes are circling the wagons in Greece, as investors are coming to grips with the obvious fact that Greece is not going to be able to honor its debt obligations.
Yields on Greece’s 10-year bonds soared above 7 percent today. Reuters reports:

Jitters about Greece resurfaced following reports that Athens wants to amend a deal struck at a European Union summit last month to bypass a contribution from the International Monetary Fund, which could impose tougher conditions in exchange for aid.

I don’t know about you, but a 7.1% yield is still not nearly enough for me to touch Greek debt! Especially when we are talking about a potential default that could occur in mere months – not years. 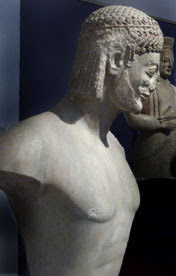