From Reuters: The U.S. mint said in a statement on Thursday that it was temporarily suspending sales of its American Eagle bullion coins due a shortage as demand soared.

This “super spike” in gold bullion happened as gold touched as low as $773, a nine-month low. Apparently, many savvy US investors took advantage of the dip to “back up the truck” and load up on physical gold.

I posed the question last week: “Should we buy, or should we run?” Looks like many investors decided to do both, and run to fill up on cheap physical gold!

Gold is steadily recovering from the (pre-engineered?) crash, trading at $833 as I write this. 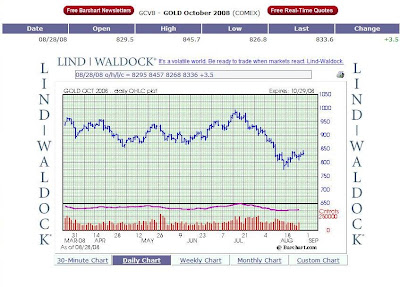