Turn Back the Clock…It’s Another "Flight to Safety" Day

Mama said there’d be days like these…though you may have thought they were a thing of the past.
With the DOW dropping 200 points on the day, and commodities down across the board, the “flight to safety” positions stood tall, just as they did during the darkest days of the Great Deleveraging of 2008.
Yes, sadly, the US dollar, Japanese Yen, and long-dated US Treasuries were just about the only “green shoots” on the board today. This screen shot of the currency markets says it all, from Barchart.com: 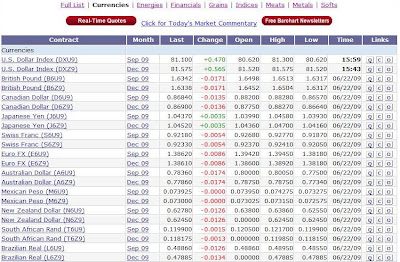 On massacre days like today, I like to peruse the boards and find the lone bright spots. So was ANYTHING else up, other than these “safety” trades?
Sugar, coffee, and the meats were the lone bright spots for commodities. Sugar seems to have some nice support around 15-cents: 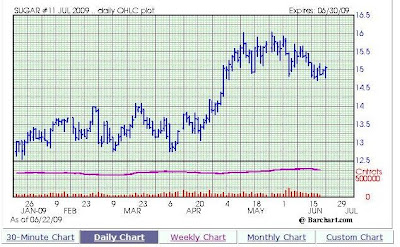 Sugar appears to have some support around 15-cents (Source: Barchart.com).
While coffee and cattle have been really battered of late. Coffee may be trying to find a bottom around 117, while cattle also looks like it’s finding some support. Take a look at the long term chart for live cattle…with prices at their lowest levels since 2006, this could be a compelling time to take a look at loading up on some beef: 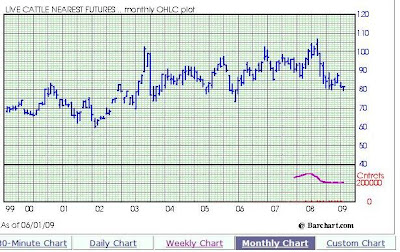 Cattle may be finding a bottom after a rough past year (Source: Barchart.com).