Investment manias share some key traits in common. When they get going, they REALLY get going (a la NASDAQ 1999). People believe that “this time it’s different” (housing bubble anyone?).
And – they are certainly equal opportunity. From tulips, to spices…from houses, to tech stocks…manias are always looking for the next asset class to party with.
So when gearing your investments – one sure thing you can do is throw out the sweethearts of yesterday. US stocks, tech stocks, housing – they’ve all had their day in the sun recently. Unlikely to repeat anytime soon.
Our beat is commodities because we think, even with their recent resurgence, that this party is only just getting started. Hard assets were ignored for too long, and they’re going to come back in a big way.
Gold has been mounting a steady comeback since 2001, posting 9 consecutive years to appreciation versus the US dollar. But wait until this rager really starts to swing into gear – once the mainstream investment world gets its hooks into gold, us “early adopters” will see our gold investments doing moonshots.
And there are already signs that Wall Street, and even Main Street, are starting to catch onto gold. Read on for Jeff Clark’s take regarding gold’s sudden mainstream appeal…
*** 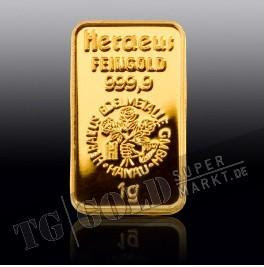 Are we there yet? Are we there yet? We gold bugs are like little kids on a trip to the zoo; we just can’t wait to get there. “There” being the elusive point in time when the gold mania (no, make that Gold Mania) hits and everyone and their cat will want to invest in the yellow metal. Which of course will propel its price to dizzying heights. $1,500… $2,000… $5,000 an ounce – the sky’s the limit. At least that’s how the theory goes.

But it’s not just a theory anymore: in the past year, we’ve been seeing unmistakable signs that gold indeed may be going mainstream.

For example, we have always said that when the Mania phase of this gold bull market really got underway, mobs would break down the doors of pawn shops and coin dealers in order to get their fill of the yellow metal.

While most pawn shops’ doors are still intact, that trend seems to have already begun. In August 2008, the U.S. Mint temporarily suspended sales of the one-ounce American Gold Eagle and in September of the American Buffalo coin, because it couldn’t keep up with customer demand.

In December, bullion dealers from Johannesburg to New York City were starting to run out of gold coins when investors caught in the economic downturn scrambled to get into safe-haven assets. The sudden “gold rush” was so extreme that large coin dealers posted disclaimers on their websites that their customers should expect delivery times of a month or more.

At the same time, there is a counter-trend in motion: cash-strapped Americans are selling their scrap gold like there’s no tomorrow. All over the country, housewives throw Tupperware-style parties to sell their gold jewelry by the ounce, often at a steep discount to market price. And businesses like cash4gold.com – which, by the way, we do not recommend – are popping up like mushrooms after a summer rain.

But even Joe the Plumber may soon be enticed to turn from seller to buyer. Even if he never sets foot into a coin store, he’ll be able to get his share of gold – in easily affordable, and portable, slices. And he won’t have to look any further than his nearest airport, bus or railway station.

A German company has come up with a brand-new marketing concept for the yellow metal: shop for gold while you wait.

Asset management company TG-Gold-Super-Markt is planning to set up 500 ATMs at strategic locations all over Germany. The machines will distribute one-gram (0.0353 oz) mini-bars of gold, about the size and thickness of a child’s fingernail. The tiny gold pieces will cost 31 euros – around US$44 – which includes a hefty 30% markup to spot.

Thomas Geissler, chief executive of TG-Gold-Super-Markt, told Reuters that this new way of selling bullion “is an appetizer for a strategic investment in precious metals. Gold is an asset everyone should have, between 5 and 15 of your liquid assets in physical gold.”

Even though Geissler admitted that “In absolute numbers, the demand for physical gold is still tiny,” he sees a very bright future for the yellow metal. “[In] relative terms, the growth is explosive,” he noted, “inquiries have been doubling every six months.”

Are gold ATMs the go-to “gold mine” of the future? While we wouldn’t necessarily bet on it, Geissler is. And the fact that he thinks it a lucrative enough business to set them up is no doubt encouraging. It’s moves like these that we think we’ll see more of as gold becomes increasingly popular. The countdown for the moon shot is on.

As you may know, the BIG GOLD editors go even further than Thomas Geissler: we recommend that you hold up to 33% of your overall portfolio in physical gold, 33% in cash, and 33% in select investments. One of those investments may be one you’ve never heard of before. Yet it has given our subscribers 54% returns in 2008 – at the same time the common stock market was plummeting. Read our brand-new report here