Trading is tough – really tough. When you’re making money, it feels like the easiest thing in the world. It’s a great feeling – almost intoxicating, really. Like you’re printing money from nothing!
Then, inevitably, you get cocky. And you lever up. And sooner or later, a trade goes against you…or two, or three. And you lose a lot of money. And it sucks!
Take it from a guy who has gotten pounded during the end of last year and the first half of this year – I’ve taken some knocks the hard way.
Bob Prechter, who is featured below in this guest article, is someone I recently started tracking. I’ve been drawn to the zen-like nature in which he’s able to look at the markets. I reached the conclusion that a lot of my mistakes could have been presented, had I kept a more level head about me.
See, many of the trades I got into were “less loved” when I found them. Sugar at 8-cents back in 2004. Gold below $700 in 2007. It’s all obvious in hindsight, but those really were “easy money” trades – buying an asset that was still relatively unloved, and watching the market warm up to it.
I got burned when I stayed too long at the dance. Buying gold at $1,000 today, when everyone is talking about it, and loving it, is perhaps not the wisest move.
So back to Prechter – that’s what I’ve learned – the importance of being grounded, and of carefully weighing popular sentiment. Because even if fundamentals are good – if EVERYONE knows they are good, then you’re really screwed on the long side, because it’s all factored into price.
So here are five trading tips and a brief interview with Prechter, along with a link for a free trading eBook at the end of the article.
***

Robert Prechter’s Five Tips for How To Trade Successfully
September 21, 2009 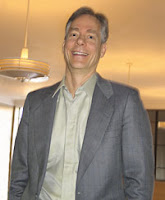 Take it from the person who won the United States Trading Championship with profits of more than 440% in 1984 – there are five things that every successful trader needs to know how to do:

That trader who won the championship in a record-breaking fashion is Robert Prechter, the founder and president of Elliott Wave International. Once you think you’ve mastered his 5 tips for how to trade successfully, then the best thing to do is to find a mentor. In this excerpt from the book, Prechter’s Perspective, Bob Prechter discusses how sitting at the elbow of a professional trader can make all the difference in learning the trade of trading.

Elliott Wave International has released part one of their hugely popular How to Spot Trading Opportunities eBook for free. The eBook sells as a two-part set for $129. You can now download part 1 for free. Learn more here.

(The following Q&A is excerpted from Prechter’s Perspective, revised 2004.)

Question: Has any specific trading experience decreased your trading success?

Bob Prechter: Yes. My first trade in 1973 was wildly successful, and I was hardly wrong in my first six years at it. Then I had a big trading loss in 1979, and that taught me more than the wins. The best way to develop an optimal state of mind for trading is to fail a few times first and understand why it happened. When you start, you’re better off speculating with small amounts of real money. Using larger amounts of money will bankrupt you early, which, while an excellent lesson, is rather painful. If you want to be a trader, it is good to start young. Then when you lose your first two bundles, you can gain some wisdom and rebound.

Q.: It sounds painful. Is there any way at least to reduce the hard knocks?

Bob Prechter: There is one shortcut to obtaining experience, and that is to find a mentor.

Bob Prechter: In 1979, I sat with a professional trader for about a year. The most important thing he taught me was to keep trades small relative to your capital. It reduces the emotional factor.

Q.: How would one select a mentor?

Bob Prechter: The best way to select one is to find a person who is doing exactly what you would like to do for a living, then get to know him well enough to ask if he will tutor you or at least let you watch while he works. Locate someone who has proved himself over the years to be a successful trader or investor, and go visit him. Listen to him. Sit down with him, if possible, for six months. Watch what he does. More important, watch what he doesn’t do. Finding a guy who knows what he is doing is the best lesson you could ever have. You will undoubtedly find that he is very friendly as well, since his runaway ego of yesteryear, which undoubtedly got him involved in the markets in the first place, has long since been humbled, matured by the experience of trading. He will usually welcome the opportunity to tell you what he knows.

Robert Prechter, Chartered Market Technician, is the world’s foremost expert on and proponent of the deflationary scenario. Prechter is the founder and CEO of Elliott Wave International, author of Wall Street best-sellers Conquer the Crash and Elliott Wave Principle and editor of The Elliott Wave Theorist monthly market letter since 1979.