Real Cause of Housing Crisis: Humans Too Much Like Rats 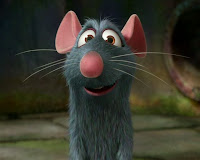 Here’s a thought provoking guest post by David Galland, Managing Editor of Casey Research, as he makes the case that the real cause of the housing-led crisis was a failure to appreciate the similarities between humans and rats!

I have often said that humans are like rats in that they are extremely ingenious when it comes to looking after their personal interests. Lock a rat in a metal box and it will almost be able to figure a way out. Almost. A human would actually have a shot at it.

In the debate about what went wrong with the economy and how to fix things, the topic of loose credit standards usually arises early in the discussion. And correctly so. Due to loose credit standards, people without the financial resources to own a home were practically carried across the threshold by predatory lenders.

Well, at least that’s how the outraged political class and their adoring punditry see things.

According to that section of the jeering crowd, these lenders were so avaricious, greedy, and downright dastardly that they would actually hand the keys to a $500,000 house to an individual with not just poor but pitiful credit and with little or no money down. Bastards!

Of course, as a former banker (shudder), I have a somewhat different perspective.

Because no matter how devious or dastardly a lending institution might be, it wouldn’t even contemplate making such loans if it didn’t have a fairly well-reasoned plan in mind to actually get paid back… with interest.

Enter the government in the form of the Federal Housing Administration (FHA) and the quasi-state-owned (and now absolutely state-owned) Fannie Mae and Freddie Mac. Absent their guarantees, the private sector would never, but never, have made the loans just described. That’s because…

(a) loan officers actually take professional pride and go to great lengths in assuring that the money they loan out comes back. In fact, failing to get loans paid back with even a sniff of regularity is quick cause for a pink slip followed by a solemn escort to the front door for the approving loan officer. And…

(b) foreclosing and all the attendant activities are difficult, time consuming, and costly. To wit, trying to get juice out of a rock gets you little more than dust.

As a result, within the acceptable tolerance range for any human endeavor, banks are historically careful in setting lending standards.

But add into the equation a rate-slashing Fed looking to stimulate things a bit, side by side with a bloated Uncle Sam looking to engage in some social engineering by putting people without the credit or means into a house, and the picture quickly changes. The FHA, the world’s largest government insurer of mortgages, whose “loans require small down payments” and provide “more flexibility . . . than conventional loans,” as its website states, has currently 4.8 million insured single-family mortgages.

For the record, there are about 55 million single-family mortgages in the U.S., so the FHA has about 10% covered.

But the FHA is just one of Uncle Sam’s kissing cousins. Others, including the aforementioned Fannie and Freddie, guarantee another 31 million mortgages between them. So, in total, U.S. taxpayers now stand behind about 65% of all home mortgages in the U.S. But it is worse than that, because ever since the credit crisis began, over 80% of all new mortgages generated have been “conforming” in order to go onto the books of a government agency.

Thanks to Uncle Sam’s largess and no-risk lending guarantees – warmly applauded by the nation’s banks and sundry money shoppes, to be sure – since 1992 there has been about a 50% increase in U.S. homeownership.

Is it any wonder, therefore, that until recently you could spot a loan officer by the wide smiles on their faces, as well as their ink-stained fingers, the result of producing prodigious quantities of freshly printed loan contracts?

The way it all worked was very simple. Uncle Sam shouts for all lenders to hear, “Bring me your poor, your unqualified, your liars, and your wannabe speculators, and I will buy up their loans, allowing you to make a quick profit for generating them, and then passing them like a hot potato into my portfolio.”

Given the opportunity to make money by giving money away – not a real hard sale – the lenders rose to the occasion. A rat, sniffing out a crust of bread down an unguarded alleyway, would do much the same.

Likewise the masses, equally quick to discern the opportunity, can hardly be faulted for scrabbling to take the house, oftentimes along with a loan that put extra money in their pockets in the process.

No one was much concerned about paying for the homes; the lender’s risk was assumed by the government and the unqualified buyer didn’t have much of any money in the game, and besides, everyone was certain that house prices could only go in one direction, up. As for the government, well, the government doesn’t really pay much if any attention to the money it spends, because it’s not their money. It’s yours – if you are a U.S. taxpayer, that is.

Of course, as the smell of free cheese and wealth without end spread throughout the ether, more and more two-legged rats acted on what they perceived to be their self-interest, causing a steady influx of new buyers to stream into the alley of homeownership. And the next thing you know, you have a housing bubble of historic proportions.

But you know all this, so why am I repeating history? Well, because this week, I stopped in at a local sandwich shop and, to occupy myself with something other than looking out the window, took hold of a regional real estate guide that, as part of its editorial features, includes a table showing all of the lenders who do business in the area – 16 in all.

Among other information, the lenders’ table displayed whether or not the various lending institutions offer “Mortgages to Buyers with Less Than 20% Down?”… and whether they “Offer Mortgages with Credit Scores Under 600?”

Even today, after all the news and global angst, 9 out of 16 still advertise that they offer loans to individuals with credit scores below 600, and four of them actively promote the fact that they’ll go down to 580 – which is roughly the credit rating of an escaped felon on the run for credit card fraud. But such a loan, each of the listing institutions further qualifies, is available “Only w/FHA.”

Alas, despite the understandable desire of lenders to earn yet more cheese by generating poor-quality mortgages for Uncle Sam, borrowers now believe real estate can only go down. Given the oversupply, they are largely right for the foreseeable future. On that basis, they whiff the downside, spot the trap that waits behind the front door of Home Sweet Home, and scamper away.

The lesson in all of this, other than that once I get pounding away on the keyboard, I seem to have no off-switch, is that the real cause of the housing-led crisis was a failure to appreciate the similarities between humans and rats. Every government interference in the market, no matter how well intentioned, carries the seeds of dangerous unintended consequences. Just ask the twenty-something welfare mothers of the 1980s who, when offered monthly pay for each new offspring, quickly converted their wombs into baby factories.

I wish I could say that this lesson – that humans, like rats, will always figure out a way to pursue their self-interest, even if it requires chewing through a real or proverbial wall – has been understood, thanks to the crash. Chances are it hasn’t.

Fortunately, there is consolation to be had from the current trend towards more and bigger government. Namely, if you can fully understand what’s going on and what’s coming next, you have a rare opportunity to – in the words of a stock promoter who used to speak at conferences some years ago – get “stinky, filthy, sloppy rich.”

***
Even in a deep crisis like the one we’re seeing right now, windows of opportunity open up all the time – if you only know where to look. Recognizing, analyzing, and profiting from emerging trends in the economy is the objective of The Casey Report. Learn how to get handsome rewards by making the trend your friend – click here now.