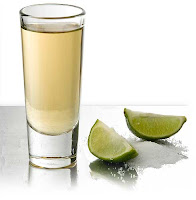 So Rojewski left the financial industry after a decade of climbing the ladder from analyst to hedge fund manager — working at the likes of Goldman Sachs, Oppenheimer, and Pequot Capital.

And for what? To start a Tequila company named Tanteo, which not only means “test” in Spanish, but also “score” — or as the Tanteo team likes to interpret the word, “succeeding.”