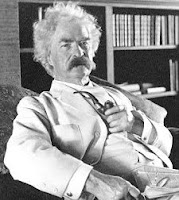 Mark Twain famously said “History doesn’t repeat itself, but it does rhyme.”

Several weeks ago I observed that we appeared to be exactly on the pace with 1930. From the stock markets furious rally, to the Fed generating inflation fears, to the self-congratulatory economic comments of leaders proclaiming “the worst is over”…it all seemed to be lining up eerily.
Today Tom Dyson wrote a great piece for DailyWealth, musing about a newspaper he just picked up from September 1930. Tom writes:

This morning, I scanned a list of Wall Street Journal headlines from September 1930…

“We have passed the low point of the depression,” says R. Proctor, President of the New England Council, on September 13, 1930.

“Over 75% of brokerage houses now recommend buying stocks,” says a headline from September 14, 1930. “Brokers, businessmen and even the general public are more optimistic.”

Another story from the same edition reports some retailers have been “caught unawares” by an improvement in business since Labor Day. Some shoppers have had “difficulty finding goods,” added the writer.

That damn history – why does it always have to ruin all the fun?
You can check out Tom’s full piece here – He also writes an excellent premium newsletter called The 12% Letter, which I read regularly and enjoy very much.