Doug Casey: 2009 Economy a Mess, Inflation on the Way

Please enjoy this insightful guest article by Doug Casey, as he shares his forecasts for the 2009 economy and beyond. I strongly agree with Doug’s outlook for gold and interest rates.

The contrarian in me wants to be more optimistic about the economy beyond 2009, so for the sake of the world, I hope Doug’s predictions end up being on the extreme side. Though I fear that he’s going to be right on the money, as his track record as a successful speculator and prognosticator would indicate.

Doug Casey on 2009: Another Year of Shock and Awe 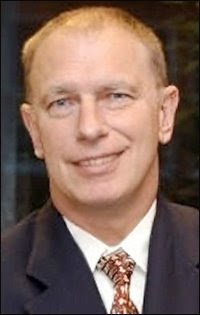 In their annual forecast edition, the editors of BIG GOLD asked Casey Research Chairman and contrarian investor Doug Casey to provide his predictions and thoughts on issues everyone’s thinking about these days. Read what he has to say on the economy, deficits, inflation, and gold…

My reaction is that the people in the government are totally out of control. A poker player would say the government is “on tilt,” placing wild, desperate bets in the hope of getting rescued by good luck.

The things they’re doing are not only unproductive, they’re the exact opposite of what should be done. The country got into this mess by living beyond its means for more than a generation. That’s the message from the debt that’s burdening so many individuals; debt is proof that you’re living above your means. The solution is for people to significantly reduce their standard of living for a while and start building capital. That’s what saving is about, producing more than you consume. The government creating funny money – money out of nothing – doesn’t fix anything. All it does is prolong the problem and make it worse by destroying the currency.

Over several generations, huge distortions and misallocations of capital have been cranked into the economy, inviting levels of consumption that are unsustainable. In fact, Americans refer to themselves as consumers. That’s degrading and ridiculous. You should be first and foremost a producer, and a consumer only as a consequence.

In any event, the government is going to destroy the currency, which will be a mega-disaster. And they’re making the depression worse by holding interest rates at artificially low levels, which discourages savings – the exact opposite of what’s needed. They’re trying to prop up a bankrupt system. And, at this point, it’s not just economically bankrupt, but morally and intellectually bankrupt. What they should be doing is recognize that they’re bankrupt and then start rebuilding. But they’re not, so it’s going to be a disaster.

My patented answer, when asked what it will be like, is that this is going to be so bad, it will be worse than even I think it’s going to be. I think all the surprises are going to be on the downside; don’t expect friendly aliens to land on the roof of the White House and present the government with a magic solution. We’re still very early in this thing. It’s not going to just blow away like other post-war recessions. One reason that it’s going to get worse is that the biggest shoe has yet to drop… interest rates are now at all-time lows, and the bond market is much, much bigger than the stock market. What’s inevitable is much higher interest rates. And when they go up, that will be the final nail in the coffins of the stock and real estate markets, and it will wipe out a huge amount of capital in the bond market. And higher interest rates will bring on more bankruptcies.

The bankruptcies will be painful, but a good thing, incidentally. We can’t hope to see the bottom until interest rates go high enough to encourage people to save. The way you become wealthy is by producing more than you consume, not consuming more than you produce.

First of all, deflation is a good thing. Its bad reputation is just one of the serious misunderstandings that most people have. In deflation, your money becomes worth more every year. It’s a good thing because it encourages people to save, it encourages thrift. I’m all for deflation. The current episode of necessary and beneficial deflation will, however, be cut short because Bernanke, as he’s so eloquently pointed out, has a printing press and will use it to create as many dollars as needed.

So at this point I would start preparing for inflation, and I wouldn’t worry too much about deflation. The only question is the timing.

It’s too early to buy real estate right now, although a fixed-rate mortgage could go a long way toward offsetting bad timing. It would let you make your money on the depreciation of the mortgage, as opposed to the appreciation of the asset. Still, I wouldn’t touch housing with a 10-foot pole – there’s been immense overbuilding, immense inventory. And people forget: a house isn’t an investment, it’s a consumer good. It’s like a toothbrush, suit of clothes, or a car; it just lasts a little bit longer. An investment – say, a factory – can create new wealth. Houses are strictly expense items. Forget about buying the things for the unpaid mortgage; before this is over, you’ll buy them for back taxes. But then you’ll have to figure out how to pay the utilities and maintenance. The housing bear market has a long way to run.

The U.S. Dollar and the Day of Reckoning

It’s very hard to predict the timing on these things. The financial markets and the economy itself are going up and down like an elevator with a lunatic at the controls. My feeling is that the fate of the dollar is sealed. People forget that there are 6 or 8 trillion dollars – who knows how many – outside of the United States, and they’re hot potatoes. Foreigners are going to recognize that the dollar is an unbacked smiley-face token of a bankrupt government. My advice is to get out of dollars. In fact, take advantage of the ultra-low interest rates; borrow as many dollars as you can long-term and at a fixed rate and put the money into something tangible, because the dollar is going to reach its intrinsic value.

This isn’t a recession, it’s a depression. A depression is a period when most people’s standard of living falls significantly. It can also be defined as a time when distortions and misallocations of capital are liquidated, as well as a time when the business cycle climaxes. We don’t have time here, unfortunately, to explore all that in detail. But this is the real thing. And it’s going to drag on much longer than most people think. It will be called the Greater Depression, and it’s likely the most serious thing to happen to the country since its founding. And not just from an economic point of view, but political, sociological, and military.

For a number of reasons, wars usually occur in tough economic times. Governments always like to find foreigners to blame for their problems, and that includes other countries blaming the U.S. In the end, I wouldn’t be surprised to see violence, tax revolt, or even parts of the country trying to secede. I don’t think I can adequately emphasize how serious this thing is likely to get. Nothing is certain, but it seems to me the odds are very, very high for an absolutely world-class disaster.

The big surprise to me is how low gold is right now. It’s well known that even if we use the government’s statistics, gold would have to reach $2,500 an ounce to match its 1980 high. I don’t necessarily buy the theories that the government and some bullion banks are suppressing the price of gold. Of course, with everything else going on, the last thing the powers-that-be want is a stampede into gold. That would be the equivalent of shooting a gun in a crowded theatre; it could set off a real panic. But at the same time, I don’t see how they can effectively suppress the price. Either way, the good news is that gold is about the cheapest thing out there. Remember, it’s the only financial asset that’s not simultaneously someone else’s liability. So I would take advantage of today’s price and buy more gold. I know I’m doing just that.

Gold will remain volatile but trend upward. I don’t pay attention to daily fluctuations, which can be caused by any number of trivial things. Gold is going to the moon in the next couple of years.

Last year, it seemed to me that we were still climbing the Wall of Worry and that the next stage would be the Mania. But what I failed to read was the public’s indirect involvement through the $2 trillion in hedge funds. On top of that, while the prices of gold stocks weren’t that high, the number of shares out and the number of companies were increasing dramatically. Finally, the costs of mining and exploration rose immensely, which limited their profitability.

The good news is that relative to the price of gold, gold stocks are at their cheapest level in history. I still have my gold stocks and the fact is, I’m buying more. I’m not selling, because I think we’re starting another bull market. And this one is going to be much steeper and much quicker than the last one. I’m not a perma-bull on any asset class, but in this case I’m forced to go into the gold stocks. They’re the cheapest asset class out there, and the one with the highest potential.

At a time when equities markets are tanking, 401(k)s and IRAs lose 20%-40% of their value, and Treasuries are the next bubble to burst, gold and gold stocks are safe-haven investments that can help prudent investors get through the economic crisis unscathed. For more on gold, major gold stocks, and other gold-related investments, check out BIG GOLD… our no-risk, 3-month trial subscription with 100% money-back guarantee makes it easy. Click here to find out more.