Breakdown of World Supply and Demand for Gold 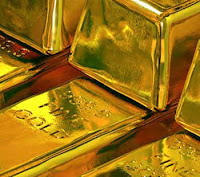 Out of the entire commodity sector, gold has the greatest tendency to disconnect from its underlying supply and demand fundamentals. Still, though, the fundamentals act as a rubber band on its price – when supply overtakes demand, prices will eventually fall.
And of course, the opposite is also true. Thus, gold bulls are keeping an eye on this year’s supply/demand situation, to see if this is the year that demand overtakes supply.
Seasoned commodity investors know that when this happens – look out! Prices can really do moonshots, because prices for commodities occur at the margins – and when there’s nothing at the margin, it’s a bidding war for what’s left.
Here’s guest author Doug Hornig diving into the fundamentals for gold this year…
***

Supply Side Economics –
How Is Gold Going to Fare This Year?

Gold started the summer doldrums looking strong and has retreated since, but what are its prospects for the rest of the year and beyond? That will largely be determined by the interplay between supply and demand; let’s take a look at the supply side.

Reports of dwindling supply are accurate in some areas; however, the story is not that simple. Unlike most metals that are consumed in industrial use, most of the gold ever mined is still around. Gold is forever. Thus newly mined, refined, and fabricated gold is not all that’s entering the marketplace; there are multiple ways of meeting demand. Here’s a look at each.

Imagine that you could turn back the calendar to late 1848, as word was beginning to spread about the gold discovery at John Sutter’s sawmill on the South Fork of the American River in Coloma, California. Would you have loved gold enough to be one of the 49ers who responded to its siren song?

Those were heady times. The Golden State – though it wouldn’t officially receive its apt nickname until 1968 – had a seemingly endless supply of yellow metal, much of it just lying in remote creek beds, waiting to be scooped up. The French Ravine in Sierra County yielded single nuggets of 426 oz. in 1851 and 532 oz. in 1855. By 1869, the record was a monstrous 1,893-ounce specimen from the Monumental Mine in the Sierra City district.

The days of fabulous discoveries are not entirely gone. As recently as 1980, Kevin Hillier, a lucky Aussie following beeps from a metal detector, dug up a nugget that tipped the scales at 876 troy ounces. And in Ruby, Alaska, in 1998, bulldozer operator Barry Clay was stunned to see a 294-ounce nugget roll off the dirt pile ahead of his blade.

Modern commercial producers, though, aren’t looking for fist-sized nuggets, or even the fingernail-sized flakes that many 49ers hoped to find at the bottoms of their pans. Today, a major gold strike might grade out at 5 grams per ton of rock, and economical recovery is routinely done at significantly lower levels.

The easy-to-get stuff is largely gone. With demand rising, miners are struggling to produce ever more gold from ever-lower grades of ore. And they’re falling behind.

The CPM Group’s 2009 Gold Yearbook, one of the bibles of the industry, notes that world gold production peaked in 2001, after increases in 14 of the 15 prior years (despite a vicious bear market). Production increased only fractionally in 2001, to 82.1 million ounces, and has declined in five of the seven years since. And substantially so, with 2008 production coming in at only 74.6 million ounces, a more than 9% drop.

There are a number of simple reasons for the production decline. The older, more productive mines are playing out; newer mines tend to be lower grade; fresh mega-discoveries have become rare; cost of extraction has soared; environmental regulations are more stringent; and greedy governments demand a growing slice of the revenue pie.

South Africa has been particularly hard hit. After ruling the roost for nearly a century, it dropped to second place in production, behind China, in 2007; and into third, behind the U.S., last year. South African output topped out in 1970, at 32 million ounces, and has since fallen off more than 75%. Some miners now must burrow two miles underground to bring up something usable, and the country appears about played out.

There are some bright spots. Russia, still mostly unexploited, continues slowly but steadily ramping up production, delivering 5.9 million ounces to market in 2008. And China’s industry is growing by leaps and bounds. It captured world leadership in 2007 and cemented that position last year, with production of just over 9 million ounces.

In addition, there are some very large, well-defined deposits waiting to come on line. Kinross/Barrick’s Cerro Casale project in Chile, with 23 million ounces of gold reserves, is scheduled for a 2012 commencement; Barrick’s Pueblo Viejo in the Dominican Republic (20.4 million ounces) is slated for 2011; Newmont’s Boddington Expansion (13 million ounces) is targeted for the third quarter of this year.

But other elephant-sized discoveries are problem-laden. NovaGold/Barrick’s Donlin Creek project in Alaska (30 million ounces) is so remote it may never be economical; Barrick’s Pascua Lama on the Chile/Argentina border (18 million ounces) has been beset by anti-mining NGOs; and Las Cristinas in Venezuela (16.9 million ounces) probably will be developed only if Hugo Chavez is in the mood.

Considering the present state of the industry and the limited opportunities for developing new mines, we think it likely that gold production will fail to meet consumption for years to come. Either the price must rise to mute demand, or the shortfall must be made up from elsewhere.

The Gnomes of Zurich (and Beijing, and…)

For the past two decades, central banks have been dishoarding their gold at a pretty decent clip and have been a major source of the metal hitting the market.

Before 1999, each central bank was free to sell whatever amount it cared to. But in that year, the 15 largest European central banks (excepting only Britain) adopted a Central Bank Gold Agreement (CBGA). Although not a signatory, the U.S. sponsored the CBGA – allegedly to promote stability in the gold market – and adheres to it on an informal basis.

Under the five-year terms of the agreement, participating central banks are limited to selling an aggregate total of 500 metric tons (or 16.1 million ounces, if you think retail) of gold in any given year. The current CBGA period expires this September, but the agreement is widely expected to be renewed.

Since 2005, the trend has been notably down, with a particularly steep drop-off from 2007 to 2008. Among CBGA banks, 2007 sales were right at the limit, 15.9 million ounces, but that plunged nearly two-thirds, to 5.8 million ounces, in ’08. And the CPM Group estimates that 2009 will see another CBGA sales decline, to about 5 million ounces.

Central banks not only show increasing reluctance to part with their gold, some are now net buyers. Russia led the way in this department, adding nearly 2 million ounces to its holdings in 2008.

Then there is China. That country has made a lot of noise lately about its waning confidence in the long-term value of its forex holdings, primarily U.S. dollars, and has been aggressively trading them for tangible assets. Many analysts believed that the buying spree would likely include gold, but no one could say for sure. China’s internal financial affairs are rather less than transparent to outsiders.

However, the conjecture is now confirmed. In April, the People’s Bank of China stunned the markets by announcing that over the past six years, it had been quietly adding 14.6 million ounces to its reserves.

China’s announcement had little immediate effect. But considering China’s elevated position in the world economic pecking order, other governments are sure to take notice and follow its example.

How Much for the SOB’s Wedding Ring?

The supply source that’s taken the biggest leap forward in recent times is the recycling business. So-called “scrap gold” includes rings from failed marriages, earrings with missing mates, out-of-fashion bling – and anything else that’s been gathering dust in the jewelry box. Old electronics, too. A ton of discarded cell phones will yield 150 grams of gold, 30 times what a miner gets from an average ton of ore.

People are hip to the rising gold price, and they’re parting with their unwanted baubles en masse. It’s big business. TV ads soliciting scrap abound, including one during the Super Bowl; Internet recyclers have proliferated; and in some suburban neighborhoods, gold has replaced Tupperware as the focal point for social gatherings.

The flood of scrap has hardly been insignificant. CPM reports that it rose an estimated 18.9% in 2008, to 38.5 million ounces, following a 23.3% jump in ’07. Scrap sellers are bringing to market more than half as much gold as all the world’s miners.

The CPM Group does predict that the trend in scrap will start slowing, but still forecasts a rise of perhaps 5% this year, to 40.5 million ounces.

CPM gives two reasons for the projected slowdown. First, so much has already been melted down that sellers may be reaching the point where they will want to hang on to whatever’s left. And second, refineries are running at capacity and have little further capability for turning earrings into ingots.

As long as the price of gold remains high and economic distress continues, people who are hurting will keep swapping metal for dollars. And tons of scrap, melted down and released back to consumers, definitely serve as a drag on the gold price.

How much scrap will be recycled in the next few years is unknown, and so the effect on the market remains to be seen. The safest assumption is that this year will be much like the last, with gold’s ascent comparably retarded — meaning, not much.

While the market will be well supplied with new gold in 2009, whether it will exceed or lag consumption is the $64,000 question. Both jewelry and industrial consumption are on the wane, leaving investment demand as the driver. It is heavy and getting heavier, as more and more people come to believe in the wisdom of having some physical metal in their possession. Or at least investing in a paper proxy such as the SPDR Gold Trust, which in a few short years has risen from nothing to the sixth largest gold owner in the world.

Gold is increasingly viewed by investors as what it’s been throughout history: a safe-haven asset whose value can be counted on in hard times. Thus we recommend to our subscribers to keep one-third of their portfolio in physical gold. But the real money is made in gold-related investments, such as royalty companies and medium to large gold producers with millions of ounces under their belt. Our current favorite is such a slam-dunk winner that we call it “48 Karat Gold.” Click here to read our report.