Bob Prechter: How to Act Contrary to "Market Herding"

Here’s a great guest piece by Robert Prechter, author of what is currently my favorite investment newsletter, the Elliott Wave Theorist. Bob talks about a subject that’s probably as near and dear to your heart as it is mine – market herding.
And if you want to read more, at the end of this piece there’s an offer from Prechter that’ll allow you to check out the entire issue of The Elliott Wave Theorist.
***

Robert Prechter on Herding and Markets’ “Irony and Paradox”

To anyone new to socionomics, the stock market is saturated with paradox.
February 18, 2010

The following is an excerpt from a classic issue of Robert Prechter’s Elliott Wave Theorist. For a limited time, you can visit Elliott Wave International to download the rest of the 10-page issue free. 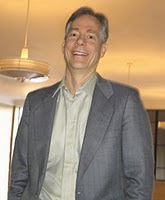 Have you ever watched a dog interact with its owner? The dog repeatedly looks at the owner, taking cues constantly. The owner is the leader, and the dog is a pack animal alert for every cue of what the owner wants it to do. Participants in the stock market are doing something similar. They constantly watch their fellows, alert for every clue of what they will do next. The difference is that there is no leader. The crowd is the perceived leader, but it comprises nothing but followers. When there is no leader to set the course, the herd cues only off itself, making the mood of the herd the only factor directing its actions.

To anyone not versed in socionomics, everything the stock market does is saturated with paradox.

And so on. The exogenous-cause model fools investors exquisitely. One reason is that rationalization follows upon mood change. Mood change comes first, and attempts at reasoning come afterward. Socionomists recognize that social mood is primary and has consequences in social action, so we never have to wrestle with paradox. This orientation does not mean that we are always right. It means only that we are not doomed to be chronically wrong.

To succeed in the market, you must learn initially to embrace irony and paradox, at least as humans are unconsciously wired to interpret things. Once you get used to the world of socionomic causality, the irony and paradox melt away, and everything makes perfect sense…