These Small Cap Dividends Pay up to 9.1%

If you’re waiting for a pullback to put money to work, look no further than small caps.

Early last week, the S&P stopped the bleeding on a harrowing multi-day 2.9% decline. By midweek, “big cap” investors had recouped more than half of their losses.

Was that it? My guess is yes, that was a wrap on the market’s mini-drama for another month or two.

Our intrepid Federal Reserve continues to print a whole lot of cash, which serves to backstop any pullback. The Fed is still buying $120 billion in bonds per month, which adds up to “real money” after a while—nearly $1.5 trillion annually!

Stock market “corrections”—declines of 10% or more—tend to happen once a year or so. With 2020 being 2020, we got two last year (March and September/October). We haven’t had one since, so some folks believe that we are due.

They’re missing the point that we just had one—in small caps. The Russell 2000 peaked on March 15 and declined by about 10% over the next four months: 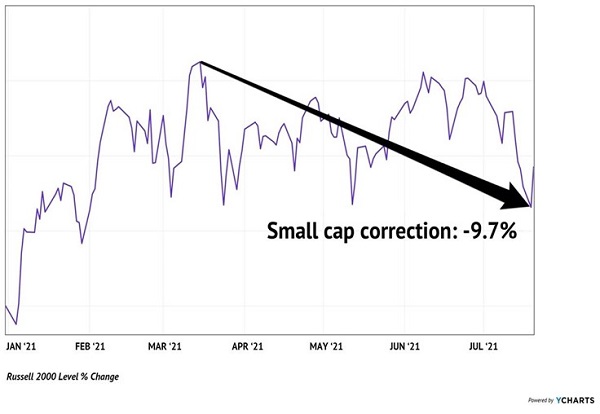 If you subscribe to my Dividend Swing Trading service, or follow my diatribes here, you know the market timer in me has been bemoaning the lack of “breadth” since March. Many days there have been more stocks making new one-month lows than one-month highs. This is generally a sign that beneath the surface, all is not well. And it wasn’t—the indices looked good, but many individual names were suffering. Widespread selling finally ensued. 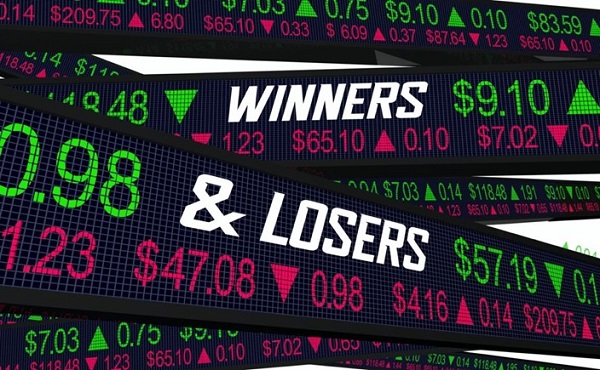 But it didn’t last because, again, there’s a lot of money out there. It’s flowing into financial investments and landing in the economy, too, as recipients spend their “stimmy” checks.

Small (and medium) cap stocks now look poised to lead the market higher. These underappreciated dividend payers are a nice place to look.

We recently called out small banks as the dividends most likely to double by December. Our case study Comerica (CMA) reported excellent earnings last week. Net interest income increased $22 million quarter-over-quarter. This is “free money” for CMA thanks to higher long-term yields.

And remember, the 10-year Treasury yield has recently corrected, which has weighed on CMA’s stock price. If this rate reverses and heads higher, as I’m anticipating it will, it will be an additional catalyst for small bank profits. And CMA will dish us a 4% dividend while we wait.

This dividend, by the way, has ballooned 580% over the past decade. It’s a “dividend magnet” which, along with higher rates, should boost CMA shares higher: 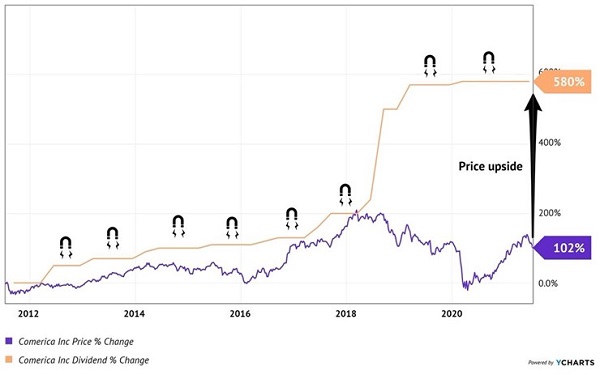 Russell 2000 component Radian Group (RDN), meanwhile, is directly benefiting from a red-hot housing market. RDN provides mortgage and real estate insurance. Its current loan portfolio is in great shape. Mortgage defaults have been declining for months because borrowers have the ultimate “piggy bank” in a rising home value.

Like other small caps, RDN has been consolidating for months. Shares trade for just book value today. “Book” is what the company would fetch on the open market if it were liquidated today for the sum of its parts. Buying insurers around or below book value is about as close as we ever get to a free lunch in stocks.

RDN yields 2.5% and just raised its dividend by 12%. It is also priced at less than seven times FCF (free cash flow). Dirt cheap. Plus, it has a sweet dividend magnet of its own: 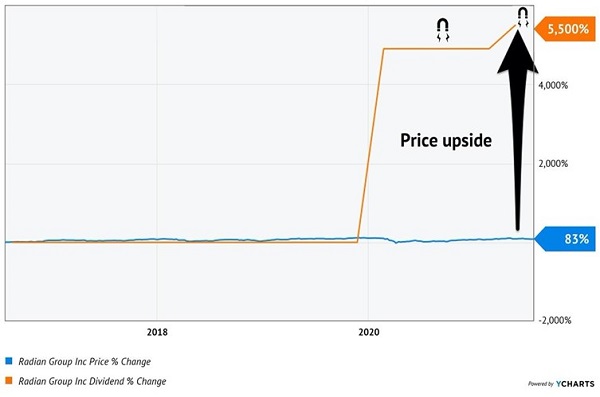 Before we run out and buy every small cap dividend, let’s consider the case of Chimera (CIM). I can see readers gawking at its 9.1% yield from here.

CIM is a mortgage REIT (mREIT). Unlike traditional REITs, which own buildings, CIM owns paper. Specifically, they buy mortgage loans and collect the interest. How do they make money? By borrowing short (assuming short-term rates are lower) and lending long (if long-term rates are, as they tend to be, higher).

CIM knifed its payout by 40% in June 2020 but recently announced a 10% raise. CIM shares have been hot of late. However, much of the stock’s gains were driven by lower interest rates in 2020.

The traditional mREIT gravy train derails when rates rise and these mortgage portfolios decline in value. Historically, rising rate environments have been very bad for mREITs (and resulted in deadly dividend cuts).

CIM lost 5.6% in book value during the first quarter because interest rates rose. This is an ominous sign if you, like me, believe that rates are heading higher from here. We’ll pass on CIM for now.

The single best dividend stock to buy now is a mostly forgotten company that got its start way back in 1938. Dividends have surged 65% just in the last two years and more than tripled over the last five years.

Current investors will enjoy an initial 5.5% yield. On top of that, the stock is wildly undervalued at current levels. The same catalyst that is likely to push Comerica up another 30% or 40% from here could push my favorite income play up 300% to 400%!

I’ve featured this stock in a new special report called “5 All-Weather” Dividends Paying Up to 8%.” May I offer you a complimentary copy of this report? Please click here to request it.