These 6% Dividends Look Safe (but owning them will cost you)

Volatility has taken over, and if you’re like most folks, you’re wondering where to find the safe dividends you need to sustain your savings—and income stream—as this pandemic drags on.

There’s one intriguing alternative you may not have thought of: senior loans, also called floating-rate loans. Because they’re far up the corporate food chain, they offer a layer of safety in the event of bankruptcy, something that’s on every investor’s mind these days.

In addition, senior loans offer yields of 6%, on average, making them an income investor’s dream, too. But are these loans—which I only recommend holding through a closed-end fund (CEF)—a buy today?

How Senior Loans Protect Your Investment

How safe are senior loans? Think of it this way: when a company liquidates, there’s a long line of people who will be paid out for their investment and a structure saying who gets paid first. 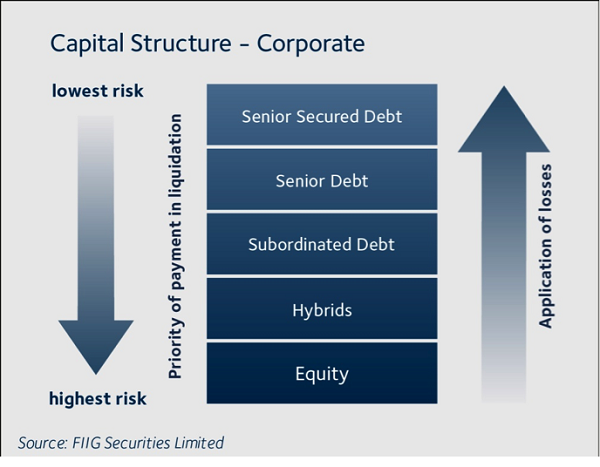 With this structure, senior loan holders are made whole before owners of a company’s corporate bonds (“subordinated debt” above), convertible bonds and preferred stocks (“hybrids”), and common shares (“equity”). That’s why, for instance, when American Airlines went bankrupt in 2011 and became the new American Airlines (AAL), owners of the old AA stock got basically nothing while many of the company’s lenders lost little or no money.

That’s how it works on paper, anyway; the reality is a bit more complicated.

The Fed Blurs the Picture

Now let’s talk performance and compare the index funds covering investment-grade corporate bonds and floating-rate loans. For corporates, that would be the iShares Investment Grade Corporate Bond ETF (LQD); for floating rates, we’ll use the iShares Floating Rate Bond ETF (FLOT). We see that both are down about the same amount year to date, but they’re down much less than stocks.

Bond ETFs Float Through the Crisis 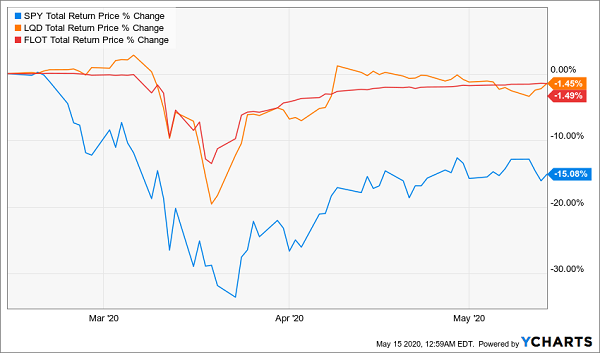 These movements make sense. FLOT is less volatile than the bond fund, since it’s less likely to suffer markdowns from defaults, and both ETFs are doing much better than common stocks because stocks have a higher risk of going to zero as bankruptcies rise.

That’s why both LQD and FLOT were decent hedges before the crisis—and they remain good ones if you think COVID-19 will result in widespread bankruptcies at very large corporations. There’s only one problem: the Federal Reserve has made it clear that it will not let that happen. And one of the biggest clichés on Wall Street is a clear command: don’t fight the Fed!

Why not? Because going against Fed policy results in inferior returns over the long haul, and betting that the Fed will let bankruptcies spike over the next year will result in meager returns.

The last time there was a clear-cut situation where the Fed was basically telling you not to buy senior loans was in 2013, when the central bank pumped over a trillion dollars into the economy through its quantitative easing program (which was much smaller than the over $2 trillion the Fed and Treasury are pumping into the US economy right now). Back then, fighting the Fed with FLOT (in orange below) yielded a return of basically zero:

No Loss—and No Gain 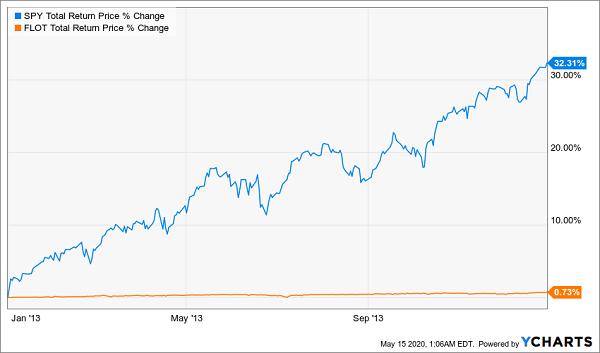 Sure, you didn’t lose money, but you also missed out on the massive gains you could have bagged by rolling with the Fed’s line and buying into the economy through stocks. This year seems to be panning out quite similarly, but with an important twist.

The world today is nothing like it was in 2013; with a global pandemic, simply betting on all stocks going up while many companies are being forced to shut down will result in a portfolio with a lot of losers mixed in with the winners. It’s one reason why, throughout this pandemic, I’ve been banging the drum for a return to value investing—and the funds that know which value-investing tools to employ.

That’s a big reason why in mid-March, I suggested looking at the Boulder Growth & Income Fund (BIF), which invests in Warren Buffett’s Berkshire Hathaway (BRK.A) and other Buffett-approved stocks, like JP Morgan Chase & Co. (JPM) and American Express (AXP).

Value Investing Pays Off in a Crisis 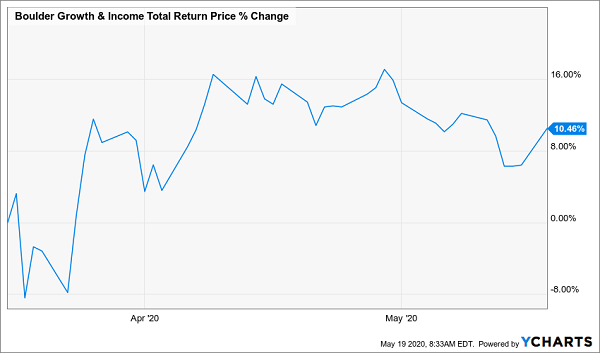 This value-investing fund shot up 10% in no time. Today, with a 17% discount to NAV and a 4.4% yield, BIF hasn’t attracted nearly as many buyers as it likely will when investors realize they can buy a fund that carefully chooses which stocks to buy and which to avoid—without the humdrum low returns of a floating-rate fund. That makes a huge difference over the long haul: 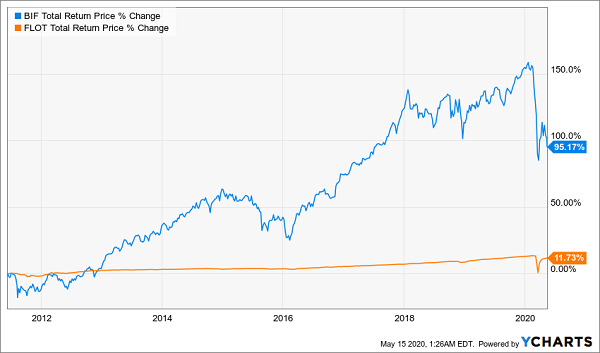 And you can get set for BIF’s next upward move now, without being invested in the overvalued companies most likely to go bust due to the pandemic.

If you’re interested in CEFs, your timing couldn’t be better, because I’ve recently released my 5 very best buys in the space. They throw off sparkling 8% average payouts! PLUS they trade at huge discounts to the value of their portfolios as I write this, but unlike BIF, their discount windows regularly slam shut—propelling their share prices to HUGE gains.

Just how cheap are these 5 income titans?

Big enough to ignite 20%+ gains in the next 12 months, even if the market only moves slightly higher from here. And if we do get a downturn, these big discounts help keep our 5 funds’ market prices stable.

And we’ll enjoy their massive 8% dividends the entire time!

I can’t wait to show you these 5 “crisis-proof” 8%-paying CEFs. Everything you need to know is waiting for you here: names, tickers, buy-under prices, complete dividend histories—the works!

One thing you can count on? If you pass up this opportunity now, you’ll surely be kicking yourself in 12 months. Don’t miss out on the dividends and upside on offer with these 5 incredible funds. Go right here to get everything you need to know.