I don’t know about you, but I’m ready to say farewell to this whole Reddit/GameStop (GME) situation.

But before we bid adieu to this weird market moment, we need to take just one more run around the horn, because it’s left three big benefits in its wake that no one is talking about right now.

These three hidden catalysts all point to stronger market gains in the weeks and months ahead—gains we can “convert” to 7%+ dividends when we pick up one of my favorite investments, stock-focused closed-end funds (CEFs), right now. Let’s dive in.

The most immediate positive for the market comes from the big gains early investors in GameStop and other companies at the center of this battle enjoyed. We know that about $70 billion flowed from pummeled short sellers to retail investors throughout this affair, and that’s not including “longs” who held these stocks prior to the whole kerfuffle and sold as they took off.

Because these gains are in the hands of individuals and not big institutional players, we can expect a lot of this cash to be spent on a variety of things in the economy—sales that will be captured by publicly traded companies.

That, in turn, is good for stock-focused CEFs. A couple for your watch list include the Liberty All-Star Equity Fund (USA), with an outsized 10.6% dividend and a 3.4% discount to NAV (another way of saying the fund trades for 3.4% less than its portfolio value). USA’s top-10 holdings include consumer-focused names like Amazon.com (AMZN), PayPal (PYPL) and Visa (V).

It’s a similar story with the Gabelli Dividend & Income Trust (GDV), with a 5.9% yield, 13% discount and a similar bent toward the consumer economy, with holdings in companies such as Mastercard (MA), American Express (AXP) and Sony (SNE).

To be sure, GameStop gamblers’ wins, taken together, are small compared to the $20-trillion US economy, but they’re still critical when you consider the effect this episode has had on investing in general.

There’s now a real sense that retail investors can win against the big players. The GameStop affair has also spurred an interest in investing more generally, especially among millennials. That will drive more people to put money in the market, helping lift share prices.

And then there’s the overall “wealth effect” from a booming stock market. 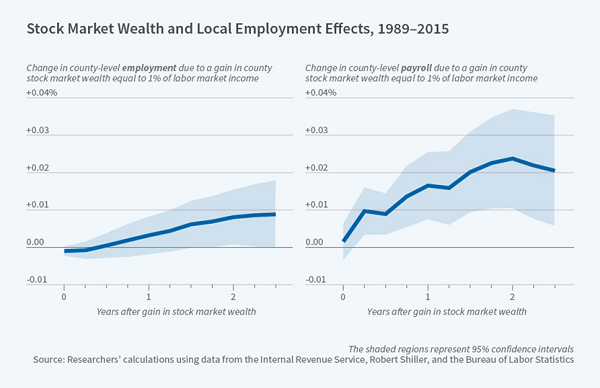 Research shows that for every dollar of stock-market gains, consumer spending rises 2.8 cents per year, as the rising market makes investors feel richer. That’s in a “normal” market, but remember that GameStop is the story of the average investor beating the big guys, so the effect on spending could be higher, as average Americans feel they have a better chance at getting a share of that stock-market growth than they used to.

The third reason this affair is good for stocks is that short selling stocks has changed forever.

In the past, hedge funds used complex analytical tools to determine if a stock was overvalued. One factor in determining this was retail-investor sentiment. If a stock got overhyped by overeager amateurs, it was a ripe short target. Furthermore, if a stock was the opposite—a company left for dead in a dying sector, like Sears, JCPenney and, prior to this drama, GameStop (which, let’s remember, is a mall-based seller of video games), it could also be a great short target, as no one would hype it in the future, and the company’s value was clearly in a downward spiral.

Obviously, those assumptions no longer work. As a result, hedge funds will not be shorting stocks as much as they used to. Some will give up entirely. We’ve already seen Citron Research announce that it will no longer publish reports on stocks to short, focusing instead on bullish ideas for going long. This is big news, as Citron has gained a reputation for being one of the world’s leading short sellers. If they’ve given up, inferior short sellers will, too.

I’ve just released the names of 5 CEFs that are perfectly positioned to grab a slice of the cash I see headed into the market as vaccines roll out and the reopening picks up steam.

I’ve got each of these 5 funds pegged for 20%+ price upside in the coming 12 months, AND they pay HUGE dividends, too: an amazing 7.5% yield, on average!

By the way, if you’re new to CEFs, there’s something else you should know about these wonderful wealth generators: they boast a safety record few other investments can match.

Here’s what my latest research says: of the 330 CEFs out there that are a decade old or older, only 14 have lost money in the last 10 years.

That’s amazing enough, but there’s more: of the 14 CEFs that did lose money, 11 were in the energy sector. Dump those 11 laggards and CEFs’ win rate jumps to an amazing 99%!

I think you’ll agree that this kind of safety-plus-growth play is perfect for 2021, with more market gains expected but volatility still very much on our radar.

That’s why I’m making my complete report on these 5 CEFs available to you now. It’s a rare opportunity to position yourself for potential price upside of 20%+ this year (with a nice hedge against a pullback) while you collect a rich 7.5% CASH dividend you can rely on.

Full details on all 5 of these must-buy income plays—names, tickers and everything else you need to know—are waiting for you right here.