What the heck would a jump in inflation mean for our dividends? I’m getting that question from readers a lot these days, so today we’re going to take a closer look.

Then we’ll dive into three sectors—and three dividend payers (including one yielding an eye-popping 10%)—you’ll want to put on your radar now.

All three of these stocks boast high yields and/or strong dividend growth, plus big upside potential. Taken together, I expect their total returns to easily outrun any rise in inflation—and interest rates—we’ll likely see.

The argument that we’re heading for a jump in inflation is pretty clear—a few days back, we saw the consumer price index (CPI), the go-to measure of inflation, pop 2.6% in March from a year ago, way more than expected.

Then there’s Fed Chair Jay Powell’s money printer, which is still stuck in the “high” setting, with 21% of greenbacks out there having been minted in the last year alone! 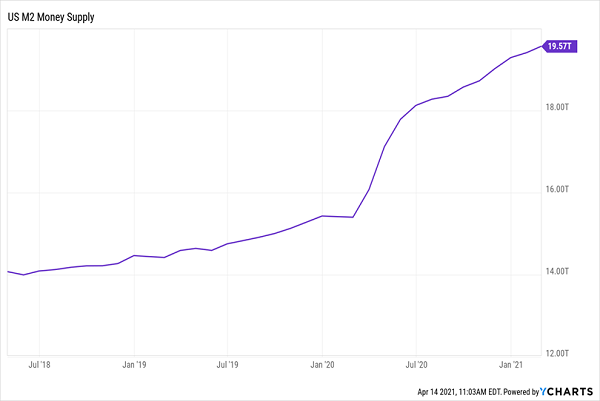 Rampant money printing and a pop in consumer prices are telltale signs that an inflationary period is bearing down on us.

But wait! Because there’s also reason to think inflation fears could be overblown. For one, gold, which typically rises in times of inflation, is doing the opposite.

Does Gold Know Something We Don’t? 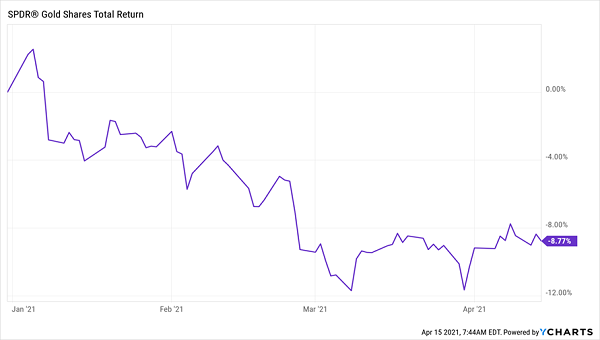 And here’s something else to keep in mind: that March CPI number compares to March 2020, when the economy first went into shutdown. That means we’ll likely see similarly high numbers in the coming months, as today’s rebounding economy stacks up to 2020’s flattened one.

That will create the illusion of high inflation and rattle the mainstream crowd, who will swiftly conclude that we’re heading back to the 1970s.

They’ve already made that conclusion—over the past few months, they’ve been dumping 10-year Treasuries, which, in turn, drives up Treasury yields—the pacesetter for interest rates on everything from credit cards to mortgages. Heck, a Treasury bought today yields nearly double what it did in early January: 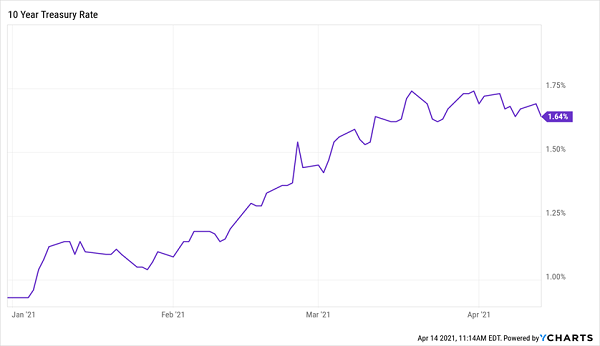 That leads me to the three sectors—and three specific stocks—we’re going to discuss today.

Since May 2020 in my Contrarian Income Report service, we’ve been fixated on energy prices’ crash ’n’ rally pattern, which unfolded from 2008 to 2012 and is underway again.

Here’s how it typically plays out:

We’re still early in this latest crash ’n’ rally pattern. We should assume that oil prices will keep climbing for the next two or three years at least. 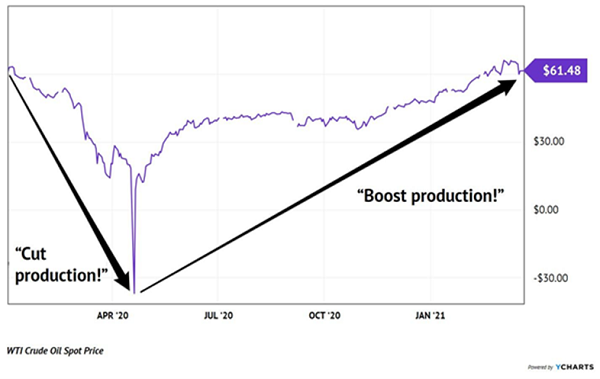 My bet? Oil will clear $100 again before this rally is done—and if inflation does tick up, resource stocks are a natural hedge, because oil, gas, base metals, you name it—all rise with inflation.

We also want long exposure to oil because demand is outpacing supply at the moment. 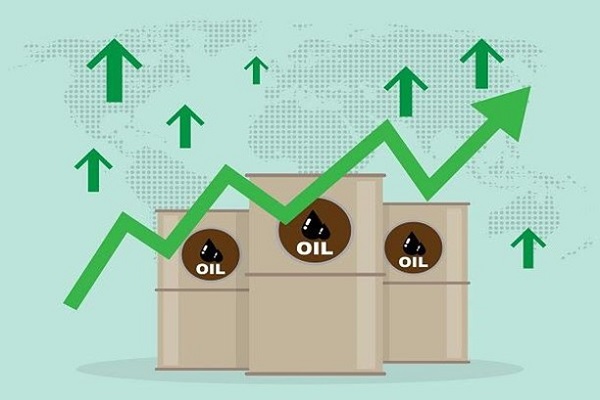 And Canadian Natural Resources (CNQ) is primed to capitalize. CNQ is the largest producer of heavy crude in Canada and a major natural gas producer, with properties in British Columbia and Alberta.

CNQ’s shares have bounced this year, along with oil, jumping some 34%. But they still have room to run, thanks in part to their bargain valuation: CNQ trades at just 11.5-times earnings as I write this.

You’re also getting a solid dividend, with management pulling off something few energy firms could last year: keeping the payout steady—and delivering a nice hike in December. All in all, CNQ’s payout has more than doubled (in Canadian dollars) in the last five years.

The fact that the company pays dividends in Canadian dollars also works in our favor, with the greenback expected to fall further versus its resource-powered Canadian cousin in the coming months. That would inflate our payout further.

Another way to beat inflation is to grab a closed-end fund (CEF) with a steady—and massive—yield. Even better if you can pick one up at a discount, as you will with the Duff & Phelps Utility & Infrastructure Fund (DPG).

That mix works well because utilities, including cell-tower landlords, will benefit from President Biden’s big infrastructure package, plus increased use of their services as more businesses come back online. And with DPG, we’re also getting access to expert managers who can shift the portfolio as conditions change.

But the big hook here is DPG’s big 10% dividend, which hasn’t flinched since the fund’s inception a decade ago: 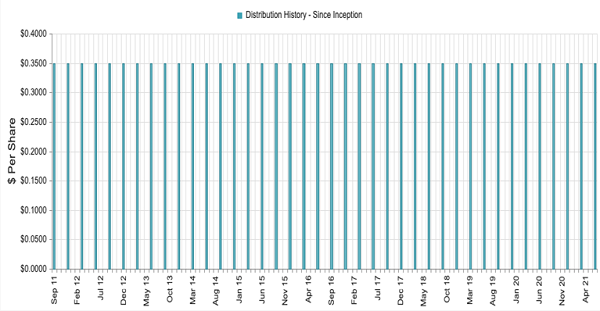 Finally, the CEF trades at a 3% discount to net asset value (NAV, or the value of its portfolio) as I write this. It’s traded at premiums as high as 4% in the last year, so further upside from a closing discount is possible here, in addition to gains from the rising value of DPG’s holdings.

Insurance giant Prudential (PRU) boasts a 5% yield today, plus a payout that’s growing like a weed: up 64% in the last five years alone. And with a very safe 21% of free cash flow paid out as dividends, you can expect its dividend to keep rising.

The stock has bounced lately, as investors realize insurance stocks (which invest the premiums they collect in safe investments like Treasuries) are prime beneficiaries of rising rates.

But we still have a chance to buy in, because despite its recent gains, Prudential shares are only 3% above their pre-pandemic level. The stock also “breaks” just about every measure of valuation: it trades at just 8.4-times forecast 12-month earnings, for example, and just 57% of book value—or what its physical assets would be worth if they were sold off today. That means we get its global insurance business—and its well-respected brand—for free!

Management sees what a great deal the stock is: PRU has bought back 11% of its stock in the last five years. If you’re looking to add a top-quality insurer to your holdings, now would be a good time to join them.

The Best Dividends to Buy—and Sell—Now (No Matter What the Fed Does!)

With Powell’s money-printing experiment running full bore, now is the time to prune your portfolio of laggards—and add a handful of stocks poised to deliver price gains of 300%+ and monthly 10%+ dividends, too!

The three names in the article above are a great place to start. But you’ll find MANY more in the exclusive investor report I just released. It gives you my complete strategy for the coming critical months and specific tickers to buy (and sell!) right now, including:

I’ve carefully crafted this package to help you grow (and protect) your wealth in the coming critical months. Don’t be without it. Click here to get instant access to the 12 stocks you must sell now and my top buys for high, growing dividends and 300%+ upside, too.