4 All-American Dividends Yielding Up to 10%

The Fourth of July is right around the bend, which means it’s time for financial pundits to flood readers with their favorite all-American stocks. But as I’ll illustrate in a moment via four all-American high-yield dividend stocks, there’s plenty more incentive to “buy American” than just a date on the calendar. 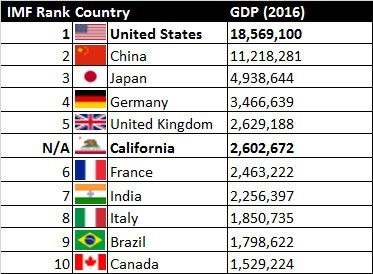 Thus, even anemic growth rates – like sub-2% GDP growth – can still generate an enormous amount of market excitement, even for companies that don’t have a speck of international exposure.

Another reason to go all-American? The U.S. dollar has been persistently strong for a couple years now, and a combination of tight Federal Reserve policies and cheap international money should preserve the status quo. That’s great for tourists, but misery for U.S.-domiciled multinationals that derive a high percentage of their revenues abroad. American-centric companies don’t face that headwind.

In other words, the following four all-American dividend stocks – which yield as much as 10.1% – don’t deserve the spotlight because the Fourth of July is on the horizon.

They deserve it because they provide secure income streams up to 10.1%.

Southern Company (SO) literally helps power America via a host of businesses, including electric operations, natural gas distribution, national wholesale generation and even wireless communications. Southern isn’t just a safe company like most utilities tend to be – it also offers slow, steady growth through occasional price hikes and via businesses like wholesale dark fiber optic solutions.

Southern has been a serial dividend raiser for more than a decade, notching its 16th consecutive increase in April – right on schedule. In fact, investors got a hint of extra sugar as SO, which had boosted its dividend by precisely 1.75 cents for several consecutive years, but upped the ante by a full pair of red pennies!

OK, it doesn’t sound like much … but we’re pleased to see anytime a dividend payer acknowledges that investors deserve a little bit more. Especially when that dividend payer is as reliable as Southern Company. 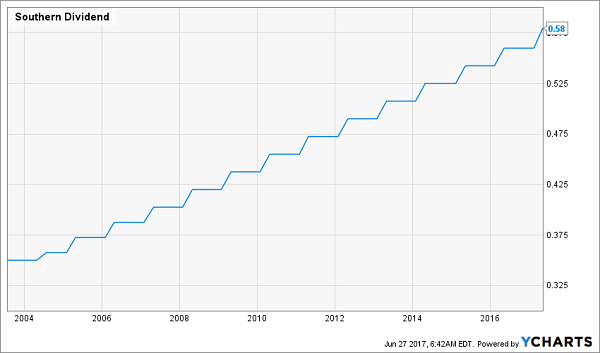 NRG Yield (NYLD) is at the forefront of America’s energy revolution, existing as one of the earliest “yieldcos” – a business structure designed to hold predictable cash flow-generating assets, typically in renewable energy. If it sounds similar to master limited partnerships, that’s because it is, including the attractive yields.

NRG Yield was formed back in 2012 to hold thermal, wind and solar assets for NRG Energy (NRG). In short, NRG Energy acquires various electricity-generating plants, then throws them off to NRG Yield via their “drop-down” relationship. For instance, over the past year, the company has brought on assets from California Valley Solar Ranch and agreed to bring on utility-scale solar projects in Utah and Arizona.

NYLD shares have been steadily improving over the past 18 months, but more importantly, the dividend has been ticking higher every quarter. They’re significant hikes, too, totaling about 35% improvement in just two years.

There aren’t many big winners in the alternative energy space, but NYLD has the potential to be a rare gem on that front. 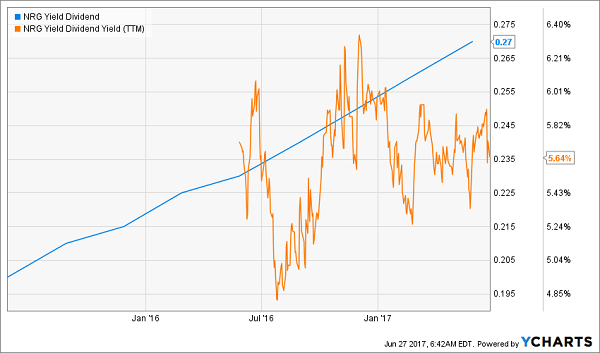 Gaming and Leisure Properties (GLPI) is a niche player in the REIT space, leasing out real estate to casino operators in 14 states, including numerous locations under the Hollywood Casino and Ameristar brands. The company’s current strategy is to continue “aggressively” acquiring gaming real estate to lease out, though it eventually plans on branching outside of the casino space.

This is not the first name in casinos, boasting little presence in Las Vegas, and instead operating heavily in states such as Ohio, Louisiana and Missouri. But the relatively low profile has been paying off in big growth, with revenues nearly quadrupling over the past five years, and net income exploding from just $23 million in 2012 to $289 million last year.

In its most recent quarter, adjusted funds from operations came to 79.1 cents per share, translating into a payout ratio of less than 80% on a dividend of 62 cents — a roughly 20% better quarterly sum than what it was offering just three years ago.

Beat the House With Gaming and Leisure Properties (GLPI) 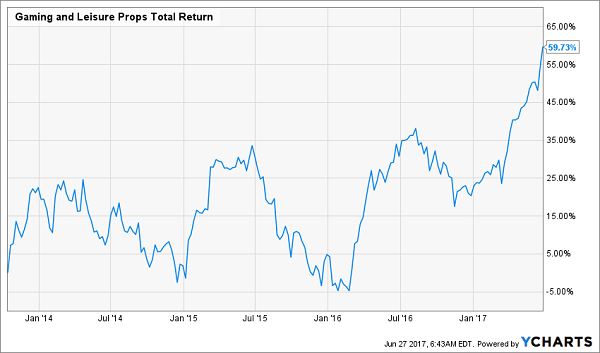 New Senior Investment Group (SNR) is one of several plays on one of my favorite mega-trends: the aging of America’s baby boomers. Between 2012 and 2032, roughly 10,000 baby boomers will reach retirement age every single day, pushing the need for various types of senior housing.

SNR owns 150 properties in 37 states, including 105 independent living properties, 40 assisted living/memory care properties and five continuing care retirement communities. Of these, 58 are “triple net leases,” the holy grail of REITs in which tenants are on the hook for real estate taxes, insurance and maintenance – a simpler and more stable model for REITs.

What I love about New Senior Investment Group right this very moment, though, is the security and value proposition of this extremely high yield. SNR is doling out just more than 10% in dividends on a payout that’s less than 90% of trailing 12-month FFO, meaning it’s easily sustainable. And at the moment, SNR is trading at less than 9 times FFO – an early bird special if I’ve ever seen one! 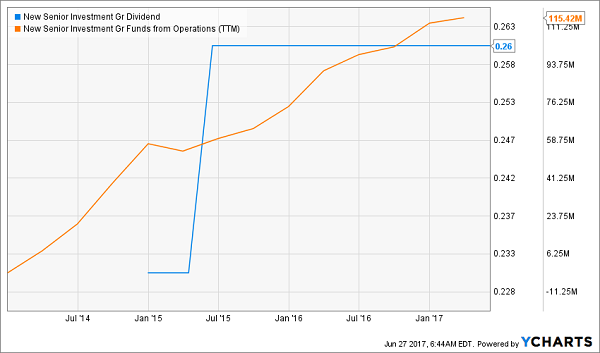 Investors know that dividends are key to a long, comfortable retirement … but they’re not the only key. If you don’t have dividend growth, your dividends are actually going to lose out over the long run. And most pundits never even think about price appreciation, but how else do you expect to grow your nest egg once you’ve left your job behind?

If you want a total retirement, you need the kinds of total returns you’ll get from the “ultimate” dividend stocks in my 8%-yielding “No Withdrawal” retirement portfolio!

The problem with merely OK-yielding blue chips like Coca-Cola or Kellogg is that they leave you with roughly 3% to 4% returns via income – but little else thanks to their no-growth businesses and chintzy dividend increases. Just do the math, and you’ll quickly realize that strategy will leave you far short of the goal. That’s because 3% to 4% returns on a nest egg of half a million dollars will only generate $20,000 in annual income from dividends at the high end!

You’ve worked way too hard in life to get so little out of retirement.

But my “No Withdrawal” portfolio ensures that you won’t have to settle during the most important years of your life. I’ve put together an all-star portfolio that allows you to collect an 8% yield, while growing your nest egg – an important aspect of retirement investing that most other strategies leave out.

Let me show you the path to the retirement you deserve. Click here and I’ll provide you with THREE special reports that show you how to build this “No Withdrawal” portfolio. You’ll get the names, tickers, buy prices and full analysis of their wealth-building potential!