I remain a big fan of cash right now.

I know, I know. I’m not supposed to say this in a stock-focused column like this.

“But Brett,” I can hear the rebuttal. “We’ve been smartly selling the rips. My cash is burning a hole in my pocket.”

“And I’m here for the income. Shouldn’t I buy something?”

Not yet. We contrarians shouldn’t be in a hurry to time the bottom of the market.

There will be free and fast money on the other side of this bearish storm. Every correction eventually ends. For now, we buy lightly. And enjoy our comfortable seat. 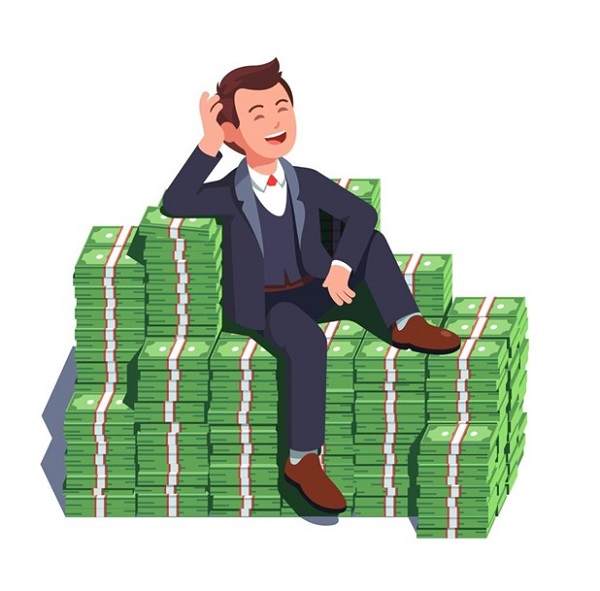 This is what I call the “no beta” portfolio. It’s a pile of cash that we deploy when we “back up the truck” at major market bottoms.

In the spring of 2020, we went on a dividend shopping spree. We bought stocks like energy toll bridge ONEOK (OKE) for a song—and we’re now sitting on 148% gains.

Later that year, we identified cheap closed-end funds like Gabelli Dividend & Income (GDV), which was selling for 85 cents on the dollar. That was quite the deal because the Federal Reserve was still printing a lot of money. With the Fed supporting stocks, CEFs were the play. We rode GDV to 44% returns in 16 months.

How’d we know these were buying bargains and not bear traps? Simple. The Fed was printing tons of money to float the stock market:

This time, however, is different. Skyrocketing inflation is forcing Fed Chair Jay Powell to sop up his flood of money.

“Don’t fight the Fed” is true whether the Powell & Co. are friend, or foe.

Of course the slowing of the agency’s massive money printer has already caused the broader stock market to, ahem, correct. But the real capital cleanup is yet to come.

The Fed is supposed to remove $1 or $2 trillion from its balance sheet at the rate of $95 billion a month! How do we think that’ll go?

Next Up: More Pain

There’s probably more pain to come, which is why I am breaking ranks and recommending large cash positions.

But, if you must buy, please promise me you’ll keep it low beta. It’s the next best option to low beta cash.

For example, consider Hidden Yields holding AmerisourceBergen (ABC). ABC is one of three big drug distributors in the US (Cardinal Health and McKesson are the other two). Together these firms have a monopoly on pill pushing in America.

As you would imagine, if you had a slice of the drug distribution pie for a rich nation that is hooked on pharma prescriptions, you’d have a pretty sweet business. Since we’re talking about a trio, each will have to settle for “oligarch” status.

ABC handles one-fifth of all the pharmaceutical drugs sold and peddled throughout the US. Its sturdy business results in a steady stock price. ABC has a 5-year beta of 0.46 or so, which means it moves 46% as fast as the market.

In reality, it’s even better. ABC has calmly floated higher all year. Meanwhile, “America’s ticker”—my nickname for the S&P 500, because it’s all most investors own—has been whacked:

It Pays to Be Contrarian (and Subscribe to HY)

ABC pays a modest 1.2% dividend, but that isn’t the full story. The company raises its payout by about 5% per year. This ever-rising dividend provides an ever-rising floor under the stock price.

Plus, the stock was too cheap thanks to legal uncertainty. That was resolved with the firm’s recent opioid settlement—which ABC then deducted on its taxes. (What a country we live in!)

Regulators weren’t happy, but this was a valid expense according to our tax laws. We’re up 57% on our purchase of ABC in Hidden Yields, yet the stock is still relatively inexpensive, trading for less than 12-times free cash flow. That would be a fair multiple for a completely stagnant business—which ABC most assuredly is not!

The broader stock market is filled with expensive equities, and their valuations are coming back to earth. ABC, meanwhile, is already a deal. It is the type of low beta stock that we are comfortable holding next to our low beta cash in the current environment.

And ABC isn’t the only “recession-proof dividend stock” in our Hidden Yields portfolio. In fact, we have seven more that don’t really care whether it’s a bull or bear market.

Sure, their stocks are low beta, but that’s just technical jargon. Their businesses are sure and steady, which results in a dividend—and share price—that gradually ticks higher over time.

As the S&P 500 sinks lower and lower, these types of recession-proof dividend plays are going to become even more sought after. After all, these 7 stocks are likely to return 12% to 20% per year whether it’s a bull or bear.