Our beat here at Contrarian Outlook is dividends. We seek to collect them using proven income strategies.

Dividend stock investing isn’t easy, even though it looks so on the surface. (Find a high yield, and buy it!) We’ve all had our heart broken by one or more “disappearing” dividend payers in the past. These delinquents are the reason we place such a premium on dividend security.

Let’s take Verizon (VZ), which is a stock that investors buy primarily for its 4.1% dividend. Its most recent ex-dividend date was October 8. (This means that anyone who held VZ shares when the market opened this day would receive its $0.627 quarterly payout.)

Knowing that stocks tend to appreciate in anticipation of their ex-date, we could have attempted to “capture” the dividend by purchasing VZ on October 1 and holding the stock until mid-month.

The S&P 500 happened to appreciate 3.1% during these 15 days, so we’d expect to have pocketed the payout with a bit of price appreciation to boot. Unfortunately, VZ dropped 1.1%!

Captured the Dividend, Lost It (and More) in Price 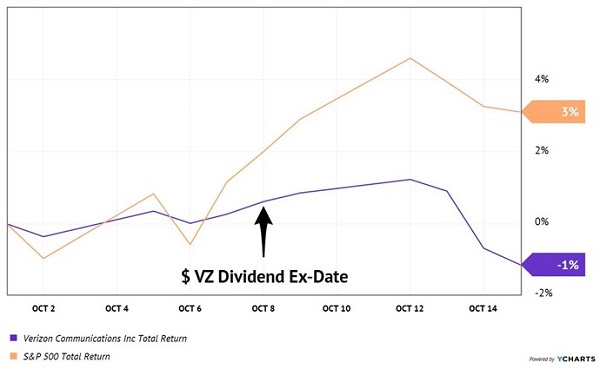 The above attempt wasn’t a complete disaster. Unless we project it out over a year and see that it puts us on pace to lose more than 26% annually. But I digress…

Really, it’s about the timing of the purchase. Let’s look at ExxonMobil (XOM), which (let’s be honest) is these days the portfolio property of only income investors and degenerate gamblers. A dividend capture attempt of XOM’s most recent November 10 dividend would have worked out much better than with Verizon:

Capture a Dividend, and a Mini-Moonshot 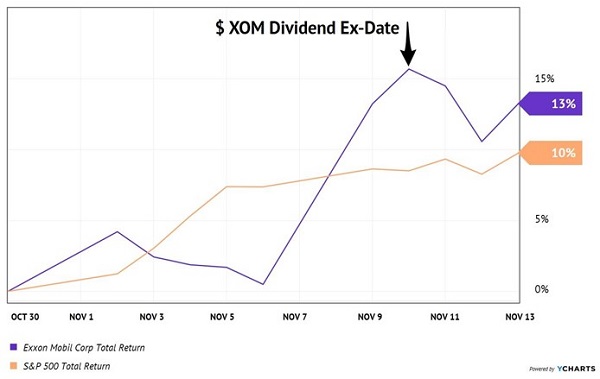 Of course, the S&P 500 rocketed 9.7% higher over these 15 days, so that helped. XOM itself is still down 42% year-to-date, so any attempt to capture its dividend is likely outperforming its poor “buy and hope” investors:

Better to Capture Than Stay and Be Crushed 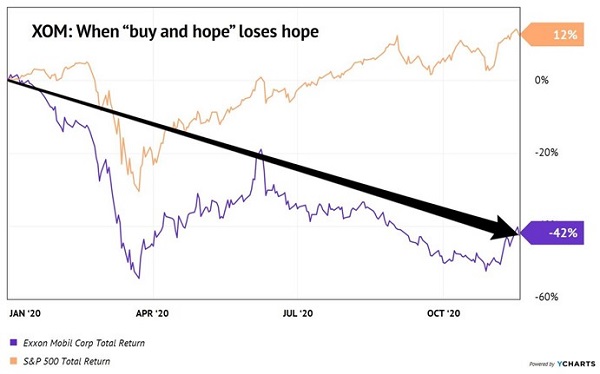 My VZ and XOM examples are, obviously, purely arbitrary and for educational and entertainment purposes only. That said, how do we find more 12% winners and fewer 1% losers?

I’ll share a couple actionable income ideas with you in a moment. Neither has anything to do with ex-dividend dates, or capture of any sort.

Why not? Because there’s no alpha available in a strategy this simple. How many supercomputers on Wall Street do we believe are mining for these ex-dates and any potential “blip” worth buying? Enough to act faster than you, me and our slow human brains, that is for sure.

But we have an edge over the computers when we logically think a few steps ahead. Here’s an example. Drug distributor AmerisourceBergen (ABC) is bizarrely cheap at 11-times free cash flow (FCF). This is a company that has increased its dividend by 29% over the last five years: 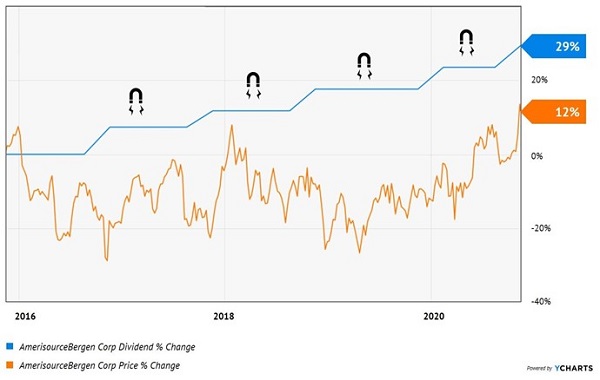 ABC, its two main competitors, and Johnson & Johnson (JNJ) are being sued by 21 states. Hence, the discounted stock price.

But the four firms have recently tentatively agreed to settle for $26 billion. This may sound huuuuge, but because it is actually less than the market feared, it likely boosted ABC’s stock price to help it catch up with its “dividend magnet.”

Could we try to capture ABC’s next dividend payment in February? Sure, but I’d rather buy it here because it’s likely to be trading higher by the time it dishes its next dividend!

Our next “special dividend situation” comes courtesy of an upcoming spinoff. Spinoff companies tend to be great deals for investors. It’s rare that we income investors get to enjoy one!

Michigan-based utility DTE Energy (DTE) is spinning off its midstream business, which moves and stores natural gas. The spin is scheduled to happen in mid-2021.

We could attempt to capture DTE’s next dividend by buying shares before December 18. But I’m concerned that they’ll be more expensive then than they are now as other income investors figure out that:

Over the past five years, DTE has been no slouch when it comes to dividend growth. The utility has boosted its payout by a sweet 49%, more than four times the raise received by mainstream investors who only invest in the “utes” with the mainstream Utilities Select Sector SPDR ETF (XLU): 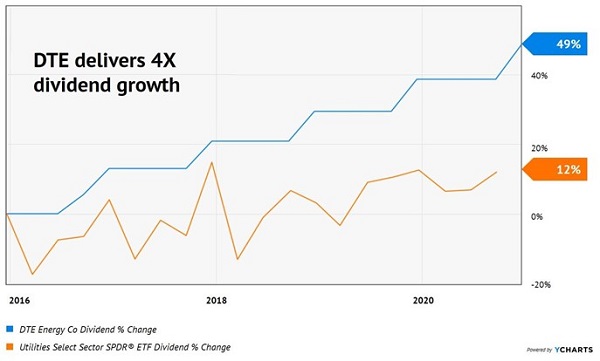 Since 2009, DTE’s boosted its payout by 6.2% annually—so the spinoff will represent an acceleration of this already excellent trend. The company anticipates shareholders will receive a combined dividend of $4.34 next year (a 7% increase from 2020) with an even more generous raise coming in 2022:

DTE’s Dividend: Past, Present and Future 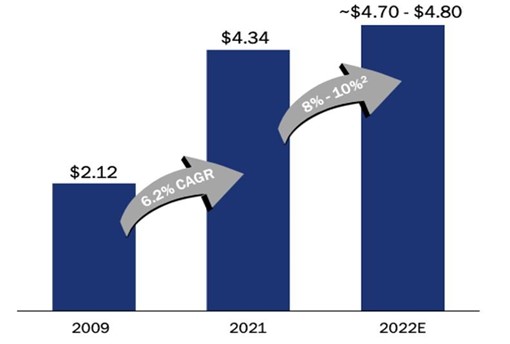 In this zero-point-nothing interest rate world, what’s not to like about a steady 3.2% payer with a proven catalyst (the spinoff) for price upside?

These are the types of “Hidden Yield Stocks” I’m looking at today. Bull or bear, I don’t really care. Give me a dividend, a catalyst, and get out of the way as I look to double our money or better.

I’ll admit, this type of investing is not as simple as dividend capture. But it’s more effective and a proven way to make 15% per year, every year, from safe dividend stocks. Click here if you’d like to learn more about my 7 favorite stocks for a Recession-Proof Retirement Plan.